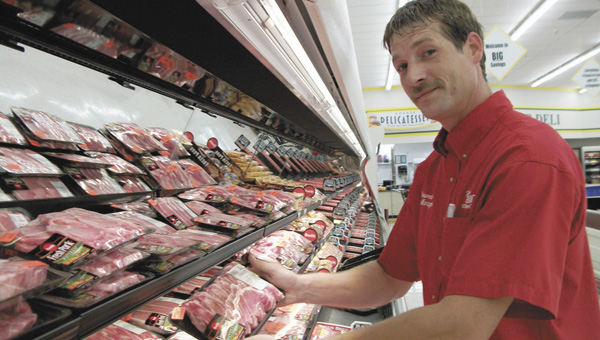 On Monday, Pic-N-Sav store manager Chris Sherwood was busy stocking the shelves, including the expanded meat selection, inside the new store.

The grocery store, which is currently located in the Covington Mall, is the last tenant to fill the old Walmart building on the West Bypass.

Beverly Armstrong, head cashier, said the new store features an array of new items, as well as an expanded deli.

“It’s bigger and better,” Armstrong said of the new store. “The deli will also feature sliced meats and cheeses, as well as the same great food.”

The current location in the Covington Mall will also remain open, she said.

“But, it won’t offer the deli, meats or produce,” she said. “It will be kind of like a superette or a mini-mart.”

FLORALA – Most local residents have noticed the differences in gas prices as they travel through the county. In Andalusia... read more