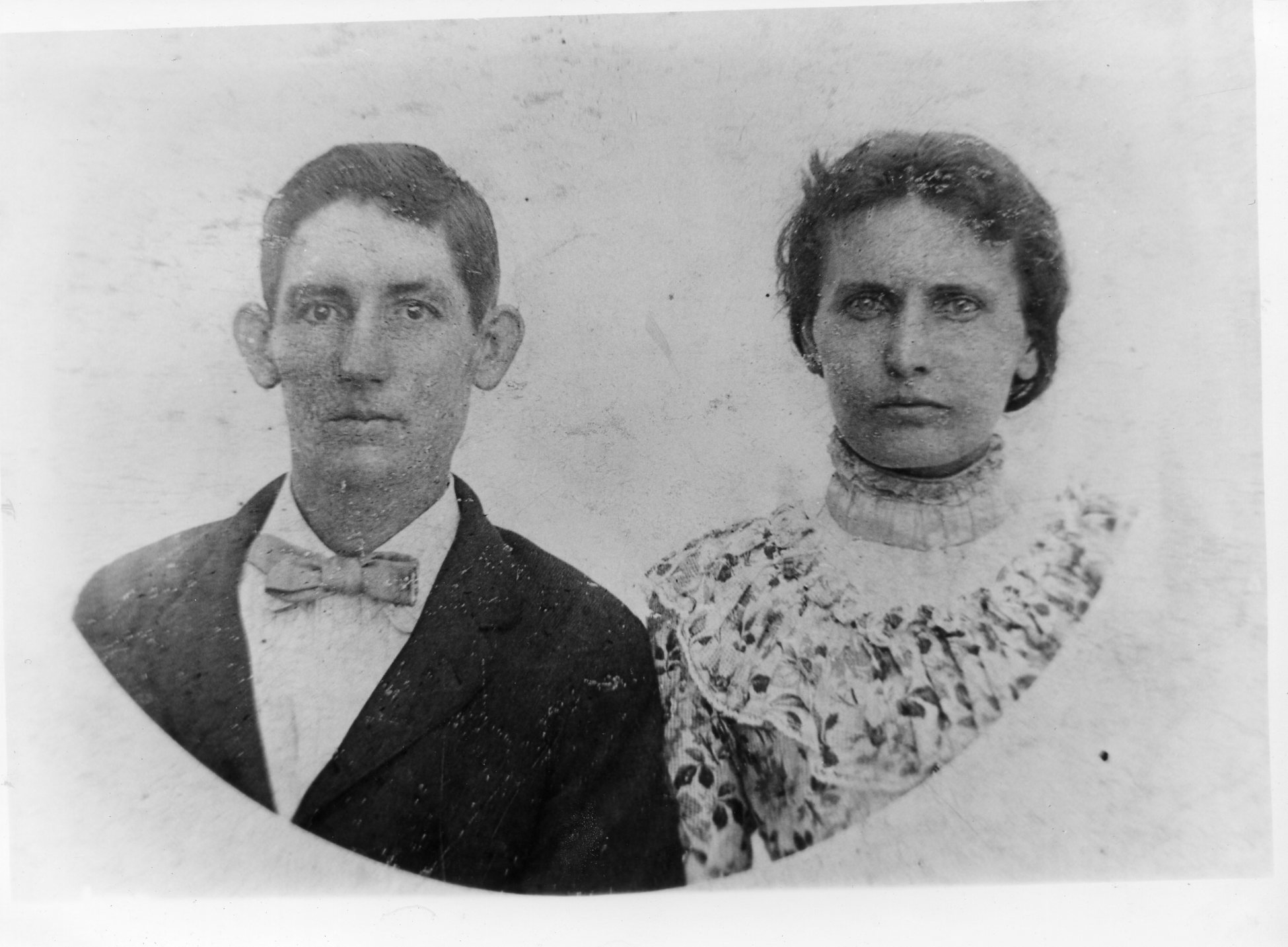 The descendants of George Evans Hare and his wife, Elizabeth “Betty” McAllister (Jay), gathered this year as they do annually on the Saturday before Father’s Day for their reunion. This traditional event was held in the fellowship room of Cedar Grove Church of Christ, which is located adjacent to the home place of several members of this family. Although the house is still standing, it is in an irreparable condition.

Upon arriving, each descendant registered to provide current contact information and prepared a nametag to help with recognition. They then mingled and visited with each other until lunchtime.  A grandson, Gordon Hare of Huntsville, gave a welcome and made comments relative to the day’s activities and information related to future reunions. His son, Brian Hare of Hartford, is the coordinator of the reunion. Esker Thomasson, another grandson, was asked to word the invocation. Everyone then went through the buffet line, which provided many favorite family recipes.

The tables were colorfully decorated with summer flowers arranged in toy sand buckets. These were placed on each table, which had been overlaid with yellow tablecloths. Colorful paper leis were also strewn along the tables to complete a very warm atmosphere. To encourage everyone to visit with others beside their close family, the attendees were asked to seat themselves at the table labeled with the name of their birth month.

Following the meal, a brief review and update on Hare family history was presented by Jackie (Williams) Hare, wife of Carlton “Sonny” Hare, who does genealogical research.

Following Jackie ‘s talk, Curtis Thomasson who is also a descendant of Martin VanBuren Hare, make a few comments related to the Hare, Jay and Stokes family relationships. He is related to this family through his great grandmother, Cornelia (Hare) Stokes ,and his great-great-grandmother, Elizabeth (Jay) Stokes.

When Martin enlisted in the Confederate Army in October 1863, he was 17 years old and living with his widowed mother and siblings near Pollard, Ala. The Army had set up camp near his home in Escambia County, and it was called Camp Pollard. Martin served as a private in Company C, 8th Alabama Cavalry until the end of the war. According to witnesses, Martin’s horse was shot from under him during the Battle at Loachapoka, Ala.

Martin was married in 1867 to Sarah Ann (Beasley), and they later lived in Baldwin County where he preached for a Baptist church. Sarah died in a tragic accident when her horses were spooked and turned over the wagon in which she was riding while they were on their way to the church. Sometime after her death in 1878, Martin was married to Joicy Cornelia Snowden, and they lived in Covington County. Martin was one of the leading ministers who were instrumental in helping establish Adellum Baptist Church on Brooklyn Road in 1903. The congregation was an outgrowth and missionary effort by Salem Baptist Church in a near by community.

A few years later in 1916, Martin’s daughter, Cornelia (Hare) Stokes, helped her husband, Burrell Jackson Stokes, establish the Cedar Grove Church of Christ in the same community. This church’s first meeting place was the Adellum Schoolhouse, which was located about one half mile west of the Adellum Church.

The youngest son, George Evans Hare, was married to Elizabeth “Betty” Jay, daughter of William Marion and Sarah JoAnn (Norris) Jay. George earned his living by working as bridge foreman with the County Road Department. The family lived at one time in a house located on the short unpaved road leading off the old Brooklyn Road in the Chalk Hill area. Currently the road has been assigned the unusual name of No Name Road.

George Evans and Betty were buried in the Adellum Baptist Church Cemetery, and several of their children were as well. The other children were buried near by at the Cedar Grove Church of Christ Cemetery. Martin VanBuren and his second wife, Joicy Cornelia (Snowden), were buried at Adellum, but his first wife, Sarah Ann, is believed to have been buried in the Bluff Springs, Fla., cemetery where her parents were buried.

Martin and his second wife and family returned to Covington County where he continued to work as a Baptist preacher. He and Cornelia reared five children of their own: Josiah Hampton, Captain W., Martin S., Thursa S., and John Van. Martin lived until 1918, and Joicy Cornelia, until 1939.

Sources for today’s writing were the family records of Jackie Hare and the writer’s records and personal observations at the reunion.

Anyone who might have additional records on the Hare or Jay families is requested to contact Curtis Thomasson at 20357 Blake Pruitt Road, Andalusia, AL 36420; 334-222-6467; or email: cthomasson@centurytel.net.

HISTORICAL MEETING: The Covington Historical Society will be meeting at 7 p.m. on Thurs., June 30, in the Dixon Memorial Room of the Andalusia Public Library. The program will be a presentation by Dennis Murphy on Historical Cemeteries. Guests and new members are welcome.

‘Salt’ is needed to preserve Christian values in life

“The only thing necessary for evil to triumph is for good men to do nothing.”  These words were spoken by... read more