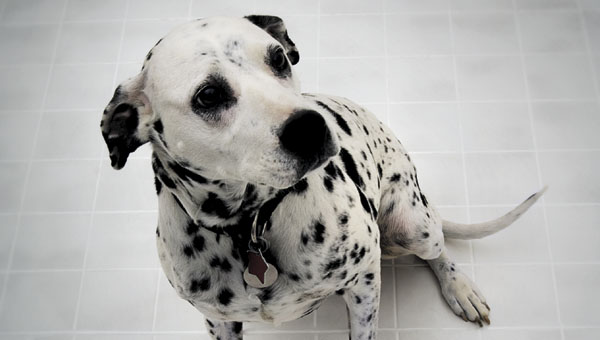 At the request of local residents, the county commission is looking into the legalities of a countywide leash law. | Courtesy photo

While no official discussion or action on animal control was taken during Monday’s commission meeting, three local residents – Mignon Page, Harry Peacock and Posey Givens – voiced their complaints as soon as the meeting was adjourned.

Earlier this month, Page addressed commissioners with the need to implement a leash law in the county, and county attorney Julie Moody was tasked with researching how to implement the measure. Page voiced her concern again Monday.

Moody said Monday all of her research had been turned over to the commissioners.

“I’ve done the research and turned it over to the commission for review and to make a decision,” she said. “They have the information in front of them right now.”

Givens, a Timberlake resident, said he and his wife had been attacked three times by a pack of five dogs. The animals belong to a neighbor and escape from their cage, he said.

“One of them bit my wife on the leg,” he said. “The sheriff’s office came out, but said they couldn’t do anything because the county didn’t have a leash law.

“Then the dogs penned my wife up again,” he said. “Then, they penned up our 82-year-old neighbor in her garage. My wife and I walk for our health. Because it’s so hot, we have to do it at dusk. Now, we can’t because of those dogs. It’s h-e-double l.

“It’s going to come to the point that something bad happens,” he said. “We wanted you to be aware of it. If someone asked me if this would be a nice place to retire, I’d say, ‘No. Not without animal control.’”

“About two, two and a half years ago, two people were killed in an automobile accident because someone dropped off a dog on the side of the road,” Peacock said. “The dog was still wrapped in the undercarriage of the car. Then, there was another on Cottle Creek Road. The dog survived. The driver didn’t.

“When people say something needs to be done about these animals, they’re right,” he said.

The meeting ended without any comments from the commissioners.

During the official business meeting, the group:

• voted to purchase a single drum vibratory compactor for $6,636 from ASC Construction;

• voted to include the county school system in the joint fuel bid with the City of Florala to allow use of the fuel tanks at the old Florala yard for official use by city employees, county road and sheriff’s office employees and the county school buses.

• voted to abandon Barney Stephens Road by 5 p.m. Friday. The road runs through the Vector Aerospace parking lot, so the county maintenance is not needed.

• declared landing mats at the Florala yard as surplus and agreed to sell them on govedeals.com.

There were people everywhere Saturday at Florala’s the June 24th Masonic Celebration. They were lined up for the parade, browsing... read more