Eye doctor: Fireworks accidents can cause injuries to eyes 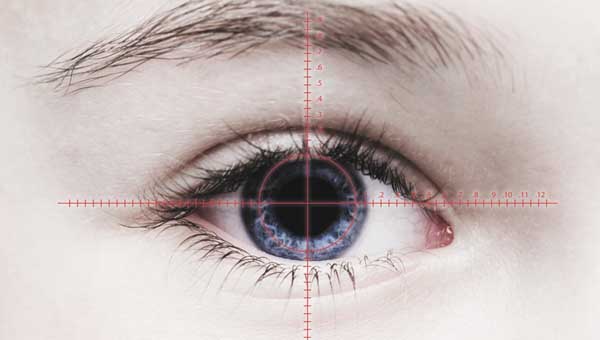 Firework injuries can include eye injuries, which can affect one’s eyesight. | Courtesy photo

The Fourth of July holiday weekend is traditionally marked with backyard barbecues, water fun and the much-anticipated fireworks finales.

Still, it’s important to be mindful that the fun can be cut short by fireworks if they are used inappropriately, causing serious injuries, said Andalusia optometrist Dr. Bill Tillman.

“Celebrating the Fourth of July with fireworks is an enjoyable American tradition, but safety needs to be the top priority,” he said. “Children are especially vulnerable to injury from fireworks, particularly sparklers, since they are handled at such close distances.”

One of the most common causes of fireworks injuries are eye lacerations and contusions, as well as foreign materials in the eye, he said. The common cause for the majority of these injuries are the sparklers.

Fireworks were the cause of an estimated 8,800 injuries treated in hospital emergency rooms throughout the country in 2009, a report from the U.S. Consumer Product Safety Commission reports. Of those numbers, 54 percent were children and teens under 20, and 46 percent were adults.

To help prevent injury during firework season, the Alabama Optometric Association recommends the following tips to help protect and preserve eyesight during the holiday weekend:

• Discuss firework safety with children and teen prior to the Fourth of July holiday.

• Do not allow children to handle fireworks and never leave them unsupervised near fireworks.

• Wear protective eyewear when lighting and handling fireworks of any kind.

• Store fireworks, matches and lighters in a secure place where children won’t find them.

• Refrain from purchasing sparklers, which heat up to 1,800 degrees, and are the No.1 cause of fireworks injuries in the U.S.

• Be aware of your surroundings and only light fireworks when family, friends and children are at a safe distance.

In the event an eye injury does occur, Tillman said it’s important to follow up with a full optometric eye exam.

“An optometrist will help ensure that the injury heals correctly and will continue to monitor for future vision problems,” he said.

Four members of an Opp family are dead following a two-vehicle accident with a dump truck in New Brockton Friday.... read more