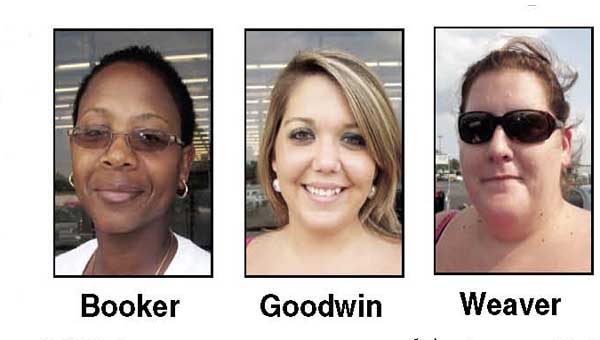 “Shocking;” “crazy” and “unbelievable” was how Covington County citizens described the not-guilty verdict in Tuesday’s murder case against Casey Anthony.

After a highly-publicized month-and-a-half long trial, the jury took less than 11 hours to find Anthony not guilty of first-degree murder, aggravated man-slaughter and aggravated child abuse.

Instead, Anthony was convicted only of four misdemeanor counts of lying to investigators who were looking into the June 2008 disappearance of her daughter, Caylee.

“What?” said Curtis Likely when told of the jury’s verdict. “I can’t believe that. I think she needs to do time. I think she did it.”

“If she’s not the murderer, who is?” Goodwin asked. “I don’t understand, based on the evidence that I saw, how the jury could find her not guilty.”

“I can’t believe they’re going to let her go free,” Weaver said. “I think she’s guilty of something. She knows what happened and she covered it up. It’s unbelievable.”

The Star-News’ Facebook friends quickly turned to debating whether or not the justice system failed in finding justice for Caylee.

“I am outraged that our judicial system is going to let a mother get away with killing, disposing of and lying to the cops about her own child,” posted Charity Fountain. “The proof of her guilt lies right in front of our faces. She waited 30 days to report her 2 year old missing. Hello? A 2-year-old? If I didn’t know where my 2-year-old was for 30 seconds I would report her missing.”

Kate Butler wrote, “I’m sure most people will comment about her guilt, but one thing to think about is the way the justice system is perceived. For example, why is it that the justice system only seems to work if someone is found guilty?

“It seems as if guilty until proven innocent or guilty should be the only verdict,” she wrote. “This in no way represents my view on the verdict of this particular case, however, it does come to mind after reading everything that is being said about the justice system.”

Still there were a few who were steadfast in their opinion of Anthony’s innocence in Caylee’s death.

“I said from the beginning she didn’t do it,” Jeffery Bush said via telephone. “But, I still pray for her. She is guilty of lying to the officers, and she’s going to have to find a new place to live now because she can’t stay with her mom and dad.

“On the flip side, with all that money she makes with her book deal and television appearances, she can take care of own self then.”

The Andalusia City Council declared three properties owned by the same person a nuisance as the first step in an... read more