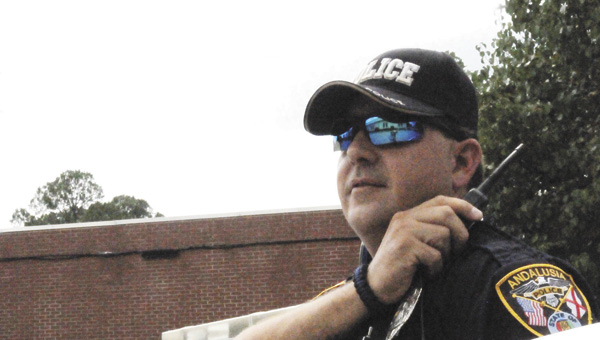 In the five years since the federal government suggested law enforcement agencies retire their “10-codes” and speak in plain English, only one local agency has made the switch – the Andalusia Police Department.

For the last eight months, APD officers have done away with the so-called “10-codes” and used regular, everyday English, or “plain speak,” said Chief Wilbur Williams.

Williams said using “plain speak” is a national trend that promotes better understanding on the air waves and in times of a declared emergency, doesn’t sound like a “foreign language” to agencies offering mutual aid locally.

“I’ve been in law enforcement for seven years,” he said. “I’ve done it both ways, and I can say this way – using plain ol’ English – is easier.”

However, other local agencies like the Covington County Sheriff’s Office and the county’s other police departments such as Opp and Florala, each have a different opinion.

Since the move is not mandated, just suggested, department heads such as Opp Chief Nickey Carnley and Florala Chief Sonny Bedsole, as well as Sheriff Dennis Meeks, said there’s no need to change policy. Their departments only resort to plain speak during times of declared emergency.

“That would be like in a hurricane, a tornado or such,” Bedsole said. “When there are multiple agencies working together during a disaster, that’s when we use plain talk.”

“We’ve got two officers on at one time, and we don’t have any problem communicating, so there’s no need to change what our department does,” he said.

Carnley said until plain speak is mandated by the federal government, Opp will continue its current practice.

“But when the need arises (to use plain talk), like in an emergency, it’s just smart to talk where everyone can understand what’s going on,” he said.

Meeks said while the practice of using 10-codes seems difficult, it’s the language officers are trained on when beginning a law enforcement career.

“They’re not hard to learn,” he said. “Out of the 100 or so there are, only about a dozen or a dozen and a half are used on a regular basis. It’s what we’re all used to. No need to change.”

Chairman: County looking at all aspects for leash law

Chairman Lynn Sasser said Monday commissioners are “considering all aspects of a leash law and will probably talk about it... read more