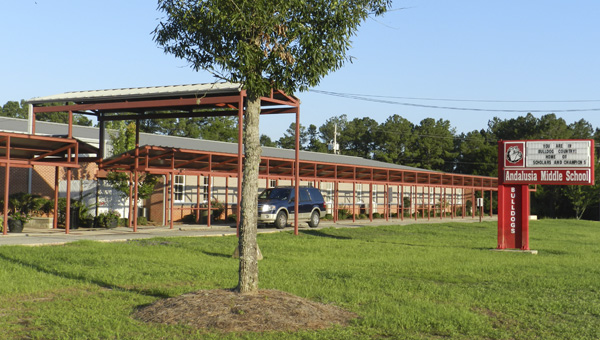 School board members voted Monday on a capital plan that will close the Andalusia Middle School as an education facility, sending graders to the elementary school and seventh and eighth graders to a new facility at the high school.

Superintendent Ted Watson said a recent state department of education analysis report said that by reassigning the students onto two campuses it will save between $300,000 to $400,000 a year by eliminating duplication of staff and services.

“Andalusia City School parents and alumni expect a quality program, electives and academics that are second to none,” Watson said. “To do that, it was time for us to look within our system by looking for waste and duplication. By (reassigning students), the state says we can save money. We feel like, that, along with the fact that we don’t stay stagnate, we’re ready to move forward.”

The plan calls for constructing a kindergarten early learning center on the AES campus, and then using the space freed-up to house sixth graders. The move would maximize the efficiency of personnel by having all elementary certified teachers at the same location, Watson said.

The AMS building would then become a new home for the board’s central office, serve as a professional development facility for staff, provide additional storage and possibly be considered as a possible preschool or Head Start location.

“Then we would construct a seventh and eighth grade wing on the high school campus,” he said. “Those two steps would cost us a fraction of what it be to construct a new middle school, and allows for all those teachers to be under one roof.”

It would also allow for bus services for both campuses, he said.

“And the only concern I would have as a parent is if my student moved from the elementary to the high school,” he said. “That’s a big jump and they have a right to be concerned, until they realize they’ll have their own facility, their own bell schedule and move void of the bigger students. They won’t walk the halls at the same time.”

Board members agreed, with Dr. Bill King, board president, stating the annual cost savings should be enough to fund the project’s construction.

“There’s really no time frame on the project, but I’d like to see it done as soon as possible,” he said. “Within a year we should have a project ready to go on the table.”

Mayor Earl Johnson, who attended the meeting, commended the board on its foresight.

“When you go back to the 1970s and compare the number of students then to now, there comes a point when you can’t continue to have the same number of campuses to serve less students,” he said. “This move maximizes a lot of things – faculty, staff and facilities. It’s the biggest bang for your tax dollars. Our No. 1 responsibility is to provide the best education to all children of this community. What building it’s done in isn’t important.”

No firm timetable was set, but board members said they hope to have an architect drawing plans within a year. It is thought that the earliest possible implementation of the plan is the 2013-14 school year.

A public forum will be scheduled for the future to give parents an opportunity to discuss the move.

‘Not from us,’ says city