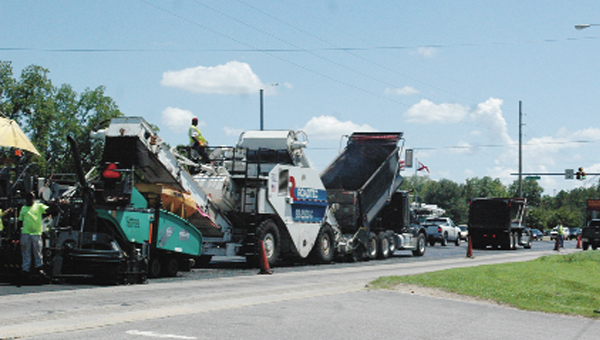 Road work is under way on the Bypass in Andalusia, and Department of Transportation officials are urging motorists to use caution in the next couple of weeks.

As part of the project, the strip of highway from River Falls Street to east of Woodland Street on the Bypass will receive new planing, resurfacing, traffic striping and traffic lights.

Project manager Chris Canant said he expects the majority of the work to take between two and three weeks to be completed, depending on the weather.

“With the intersections we have, it may be three weeks at the longest, and that’s with no rain delays,” he said.

“We had to cut off doing any asphalt on Tuesday because we had so much congestion at Hwy. 84 and Hwy. 55,” he said. “Any way people can reroute to their destination would be helpful.”

Closing AMS will save $446K

A report by the state education department shows the Andalusia City School System could save an estimated $446,000 in staff... read more