Parents team up to keep Christian school in area 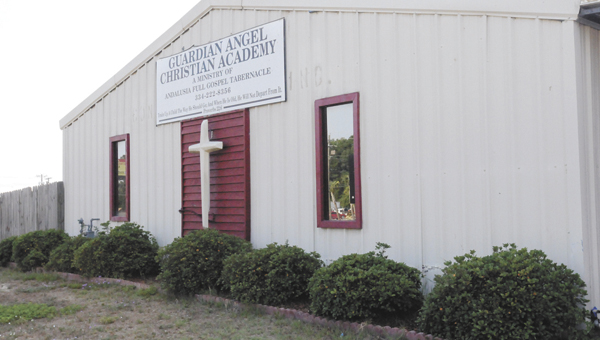 When the school bell rings in Covington County, there will be a new school open for local students, organizers said Thursday.

In June, officials of GACA announced its closing, citing the troubled economy.

A group of concerned parents joined forces to make sure their children and the children of the community would still have the option of a Christian environment.

“We jumped in with the other families because of the quality of education our son was getting and how far advanced he was for his age,” said Jason Sasser. “He also has the opportunity to learn Bible knowledge, discipline and manners. The small class sizes offer more one-on-one training for the students.

“There is a real need for a Christian Academy in this area,” he said. “We have allowed to government to take the Bible and prayer out of schools.”

“Our daughter was doing things in first grade that second graders at Red Level haven’t even started,” he said.

Lloyd said the parent committee “sort of declared ourselves an exploratory committee” when Andalusia Full Gospel Tabernacle announced the closure of GACA.

Lloyd said the curriculum will remain Abeka, but said the school is completely autonomous from AFGT.

Many of the teachers will be the same, but there will be new management, organizers said.

“Anyone can attend our school,” Lloyd said. “It’s non-denominational and is not connected with any other church or association.”

The school will be open for students in grades K5 through eighth grade and those in ninth through 12th, if there is enough interest.

Cost is $75 per week for one child and organizers said there will be a discount for multiple children.

Those interested in sending their children to SCA should attend a registration and open house on Mon., July 25, at 6 p.m. at the school.

Those who pay after Monday will be responsible for a $75 registration fee and the $75 for the first week.

“It’s a benefit for coming out to the open house and meeting everyone,” he said.