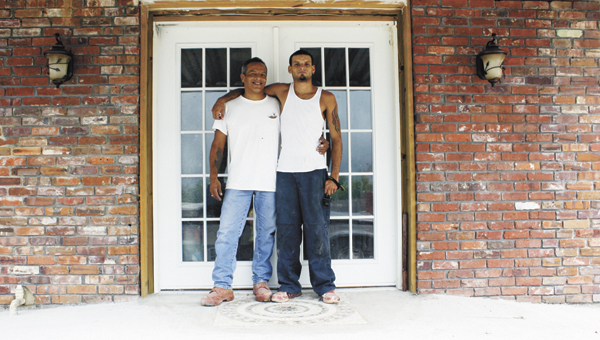 A household name in Opp is getting a facelift and an all-new menu – Barrs Seafood will open its doors “no later than Sept. 1,” owner Ty Allen said.

Barr’s originally opened its doors in 1945, but has been closed for some time, Allen said.

Many locals may know Allen for his former Italian restaurant, Ty’s Place, which is now Ophelia’s Italian Restaurant.

“So, I wouldn’t compete with my sister in Andalusia,” he said. “We’ve been in the family restaurant business practically all our lives.”

Allen said he hopes to offer a “fabulous dining experience for all.”

Allen said his menu will consist of Italian, seafood and steak.

When asked what his specialty is, Allen said “it’s all special, and it’s all homemade.”

He did say he’ll offer items that “you won’t find anywhere else in the county.”

“We use the finest ingredients, such as fresh Gulf seafood,” he said. “And we will have a full bar. They’ll no longer have to go out of Covington County to find a good meal.”

Allen said they plan to cater for business and private parties.

The location, which is located next door to the Christian Service Center on East Covington Avenue, has received a facelift and will feature a private dining room in addition to the everyday dining area.

“It’s going to be, by far, the prettiest and most fabulous in Covington County,” he said. “We’re going to have all tables, live flowers, beautiful tablecloths, music and a good time with friends. We’ll have well-dressed, courteous and polite staff.”

Allen said Brett Ballard at Southern Independent Bank thought it would be a wise location for his restaurant, and showed him to the property.

“Mr. Dalton Barr (previous owner of Barrs) was very happy to see the progress and everything,” he said.

Allen said Opp Mayor H.D. Edgar has “by far reached out to support us and his community. He is a great mayor, and he has helped us tremendously.”

Additionally, Allen said that Sandy Hammer, has had his hand in bringing him to Opp.

“I want to thank him for the opportunity to be brought to Covington County and Opp,” he said.

“We have gutted the inside and reconstructed everything,” he said. “We put in three new bathrooms that are handicapped accessible, so everyone can come and enjoy our restaurant.

“We’re excited to serve the people of Covington County and the surrounding areas.”

Once completed, the restaurant will be open Monday through Friday, 11 a.m. until 2 p.m., and Thursday, Friday and Saturday from 5 p.m. until 9 p.m.