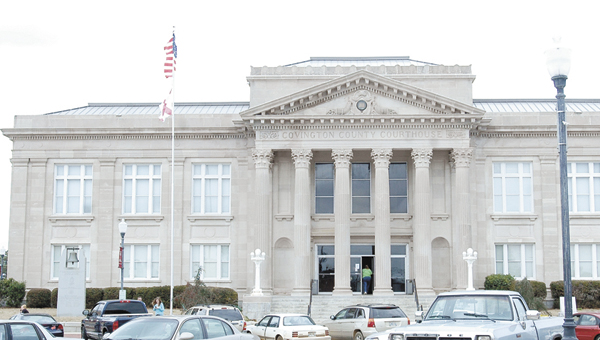 There will be no disruption of public services at the Covington County Circuit Clerk’s Office because of former Chief Justice Sue Bell Cobb’s directive to cut the hours of clerk offices statewide.

Circuit Clerk Roger Powell said Wednesday his office will avoid closing to the public for up to 10 hours a week by eliminating two full-time employees.

Cobb, who issued the directive at the end of her tenure, made the decision because of the under-funding of the judicial branch of government and the subsequent layoff of 253 court specialists statewide at the end of August.

In order to combat the reduction in state funding locally, Powell said he will reduce two full-time positions to part-time positions and will not fill two vacant clerical aide positions.

“We’ll lose two court specialists due to the layoffs, but they will be re-hired as clerical aides on a temporary, part-time basis using local funds,” Powell said. “As a result, they will lose retirement, insurance and other benefits due to state employees.”

Powell said in anticipation of funding cuts, the vacant clerical positions will remain unfilled due to the departure of two employees this summer.

Powell said by moving the employees to a part-time status, it reduces the number of state-paid employees.

“We have been able to keep current with our work, so I think for the time being we can continue to do so,” Powell said. “If not, I already have a reduced hour plan in place, and we’ll advertise it when necessary.”

If a proposed merger between AT&T and T-Mobile is approved, most Covington County residents will soon have access to 4G... read more