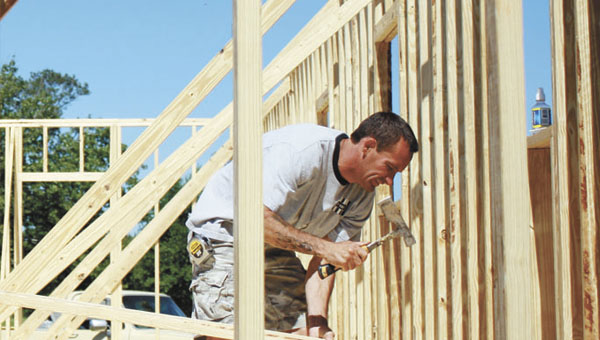 Those who participate in Crossover also work during their time. Above, a Crossover attendee works on Doc’s Country Store. | File photo

Members of Opp’s First United Methodist Church are teaming up to hold an auction and spaghetti dinner for a local recovery ministry.

Items are needed for the auction, which will benefit Crossover Ministries and will feature Mark Kyzar.

A silent auction will also be held, officials said.

If businesses or individuals have any items or gift certificates to donate, they can be taken to Crossover.

Crossover will also be available to pick up items. To schedule a pick up, call 493-1030.

Crossover was established in 2005 and serves those with addictions in Covington County and surrounding counties through education, work, counseling, and the knowledge of Jesus Christ; that will help people rebuild their lives and their communities.

The non-profit ministry relies on donations and fundraisers such as this and Covington County United Fund.

The eight-month, in-house recovery program, costs around $5,200 and nine months worth of groceries is estimated at $4,500.

Previously, Crossover Director Todd Sasser said a monthly budget for the ministry is around $16,000.

“I know it’s God’s ministry, but there are so many people who help,” he said. “It’s just amazing, in the seven years we’ve been in operation, we’ve never had to borrow money, and we’re reaching out to more people.”

The program, which started as a men’s recovery ministry expanded some two years ago to add a women’s ministry.

The auction and dinner will be held in the FUMC’s Grace Building located across the street from the sanctuary.

Tickets for the dinner are $5 each, and include spaghetti, salad, bread, dessert and drink.

An Andalusia man is being held for several charges stemming from a burglary followed by a chase. Chief Deputy David... read more