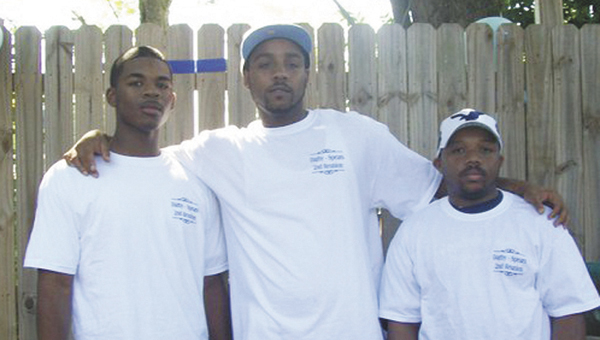 Not even family members know what led to the shooting death of an Opp man Wednesday.

Shortly before 5 p.m. on Wednesday, OPD units were dispatched to the Super C on U.S. Hwy 331 in response to a gun shot victim.

When officers arrived, they found 27-year-old Michael Jermaine Mount lying on the floor. Mount had been shot in the arm and chest.

Mount was transported to Mizell Memorial Hospital where he was pronounced dead.

Mount’s his baby brother, Emmanus Ridgeway, remembered him as being vibrant and never meeting a stranger.

“When we would go into a store, everyone would speak to him,” he said. “He was fun to be around. We were close.”

Ridgeway said a trip to Mount’s mother’s house was eerie, as he and Mount look a lot alike.

Ridgeway said he and Mount also have an older brother, Tyandra Holley.

“There was a little bit of an age difference between us boys,” he said. “But when we got together, we all act alike. I’m going to miss seeing him. I would have class in Opp and I would go by my grandmother’s house and he would flag me down.

Ridgeway said he was in Andalusia Wednesday taking his cousin to karate class when he received the phone call about his brother.

“I don’t really know what led to the shooting,” he said. “Before I could get to the hospital, they called and said he didn’t make it.”

Two suspects, 19-year-old Carlton Hunter Brooks of Kinston and 21-year-old Marquez Deundra Hinton, were arrested and charged with one count each of capital murder.

Investigators reported that the homicide occurred as a result of an incident that took place Tuesday evening.

Carnley said Thursday his department was still investigating the exact details of the incidents leading up to the shooting, and would not comment on the details further.