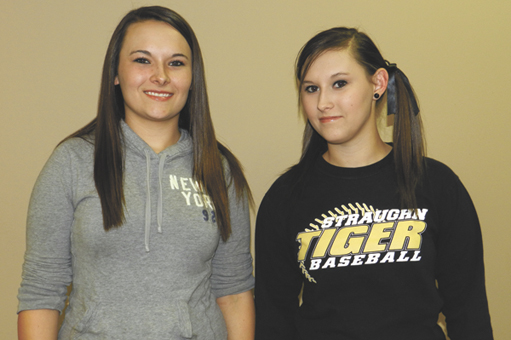 A rabid fox attacked both Victoria and Candice Willhite.

Two sisters, along with one’s father, were attacked in separate incidents at their Rose Hill home, said Joanna Straughn, aunt and sister of the victims.

“It was the biggest nightmare we’ve ever lived through,” Straughn said. “It was like right out of a horror film.”

Now, the three must take a five-shot series of the rabies vaccine. Rabies is a disease that can affect all warm-blooded mammals, including humans, and is universally fatal unless a specialized anti-rabies treatment is obtained. Raccoons, bats, foxes and skunks are most often responsible for transmitting the virus to other mammals, which can include household pets like cats and dogs, and humans.

Straughn said the first victim, 16-year-old Candice Willhite, was attacked when she went outside on the home’s porch to send a text message. She suffered the greatest wounds, including several lacerations on her wrist.

“She noticed the animal as it came up and said she used her cell phone to shed light on it,” Straughn said. “Right then, it went for her leg. She went to push it off, and it bit her on the wrist. She fought with it for a while. I heard a scream, but didn’t think anything of it – a teenager on the phone, you know. She kicked it and got it to go away.”

Candice Willhite said “I’ve never been so scared in my life.”

She said she actually picked the animal up in an effort to throw it away from her. That’s when it used its jaws to attach to her wrist.

Straughn said the teen couldn’t determine exactly what kind of animal it was, but knew said she knew it wasn’t a cat. The two then went to a local emergency room for treatment.

At approximately 11:30 p.m., the other teen and her father were attacked, Straughn said, and the two were able to make a positive identification of the animal.

“They saw that it was a fox,” Straughn said. “They got a neighbor to come over, and he shot it, but it ran off into the woods.”

The two were then taken to the ER for treatment – the teen for one puncture wound on her leg and the father for a bite on his knee.

When the group returned home around 2:30 a.m., they arrived to find the fox on the porch again.

“The thing came back, but luckily the neighbor shot it dead,” Straughn said. “It was so strange, the way it acted; the way it would watch you. It bypassed all animals in yard. If you walked out, it would go after you. It was a very scary situation.”

Bobby Jo Harper, an environmentalist at the Covington County Health Department, said the state has confirmed the fox was rabid. Harper said this is the first fox to test positive for the disease this year.