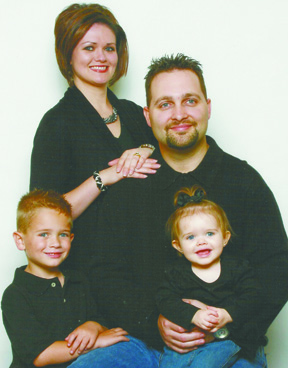 Justus said his philosophy is being available to everyone as much as he can as long as it doesn’t interfere with God, family and church.

He and wife, Amber, have two children, Peyton and Makenzie, and one on the way, Emmalee Grace.

Justus and family came to South Church of God a little more than a year ago from North Rome Church of God in Rome, Ga., where they were youth pastors.

“When we came to interview (at South Church of God), we just felt so wanted; we met the most loving people,” Justus said. “We have been at many great churches, but South is just so special. They immediately took us in as their leader and as family.”

Justus is also the chaplain for Red Level Tigers football and a substitute teacher at Red Level.

Don’t give up – remember Moses was once a basket case, too

A friend recently emailed a picture of a church sign that read, “Don’t give up!  Moses was once a basket... read more