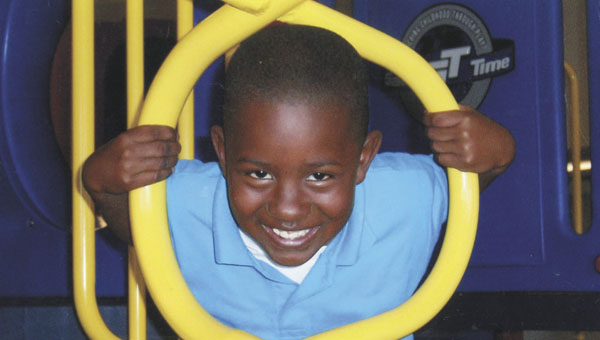 The family of 7-year-old Tyson Banks Bogan of Andalusia thought their second grader’s fight with renal disease was over.

Born with renal disease, he’d gotten a kidney transplant at 2. Mom Cassandra Banks thought their time of traveling back and forth to doctor’s visits was over.

It was until about a month ago when doctors told the family the worst news – the transplant was being rejected.

“It’s hard,” Banks said. “We thought everything was fine; that we were going for a check up. In and out, and it’d be over, but the doctor came back in and said there’s blood in his kidneys. He needs to go to Birmingham tomorrow. I think his body is rejecting the kidney.

But while it may sound like there’s no hope for Andalusia Elementary School student, all is not lost, his mother said.

“Right now, we’re on 16 different medications – one of those is to try and save his kidney, and we’re hopeful,” Banks said. “The doctor is hopeful, too. If this doesn’t work, he’ll have to have another transplant.”

The family is making nearly weekly trips to Children’s Hospital in Birmingham. To help the family with travel expenses and food, a donation account is set up at Wells Fargo Bank in Tyson’s name. Also, a yard sale and fish fry will be held Saturday from 6 a.m. until at 532 South Cotton St., formerly the ‘They Say’ location.

“Tyson is such a sweet boy,” Banks said. “We haven’t been able to start back to school yet, because of all the medication he’s on. He wanted to go to school, but I had to break it down to him. I told him, when he gets well, he can go back.”