The Gaines family from Wales originally was introduced in last week’s column. Today’s writing will be a continuation of the Gaines lineage from Heirome (Hiram) Gaines, Sr. (1730-1806). Among his children was a son, Hiram Gaines, Jr., who was married to Ann Thompson by whom he had at least four children: William Shanklin, James H., Margaret C., and Jensy. 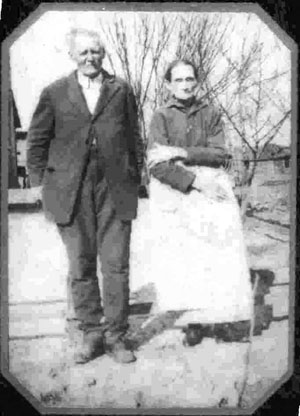 The son, Lonzie Lavon Gaines, was married in 1949 to Eleanor May Litten, daughter of Albert J. and Beatrice C. (Hegarty) Litten. He worked for a number of years as a sharecropper in Gantt, Red Level and Rose Hill communities. He at times drove a log truck as well. All his brothers were drafted to serve during WW II, but Lonzie had to quit school to farm for the family. He along with brothers, John D. and Joseph B. Jr., went to New York to find better jobs circa 1948. It is reported that Lonzie borrowed $50 from Bob Gantt to enable him to make the move to Niagara Falls. There he ran a dairy and operated a junkyard. The brothers also found a job at a dairy for their father, so their parents moved there to join them. They all returned to Andalusia in 1991.

Once again, the family records of Richard Michael Ayers, Jr. along with Ancestry.com were the sources for today’s writing.

Anyone who might have any corrections to the above or additional information on this Gaines family is requested to contact this writer, Curtis Thomasson, at 20357 Blake Pruitt Road, Andalusia, AL 36420; 334-222-6467; or Email: cthomasson@centurytel.net.

The Covington Historical Society will meet at 7 p.m., Thurs., Sept. 29, in the Dixon Memorial Room of the Andalusia Public Library. Guests and anyone interested in becoming a member are encouraged to attend.­