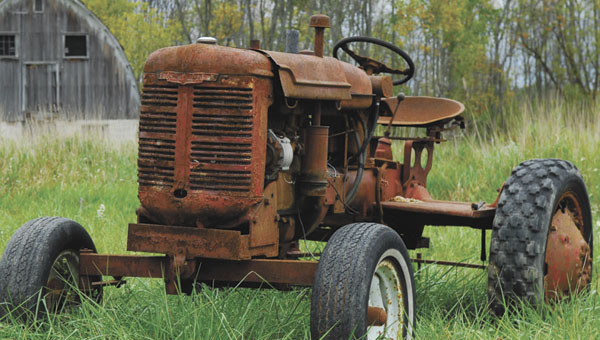 Antique tractors will be on display at the second annual show held at Doc’s Country Store in Opp on Saturday.

Local families might be able to get that “ride on a big green” tractor they’ve always dreamed of Saturday by attending an antique tractor and equipment show to be held at Doc’s Country Store on the Hwy 331 bypass.

Organizer Tommie Burgess said this is the second year the event has been held.

Burgess said the event was a vision he and “one of the old ag teachers” got after attending similar events.

Burgess said he’s always loved to overhaul tractors. He found the John Deere M tractor his father had when he was younger, when he was about 30 years old, and restored it.

“We had before and after pictures,” he said. “We hauled it around showing it off.”

“Anyone is welcome to bring anything they want to put up for display or look at,” he said. “We want everyone who will to come out and enjoy this day.”

Burgess said anyone who wants to bring his or her old car or truck can do that, too.

The event will begin at 8 a.m. Admission is free.

“Come and enjoy the fun and view the antiques,” Burgess said. “It’s a family-friendly environment.”

AFD coming to library this morning