I have been to Ellis Island and seen the wall of names of people who left everything behind to “legally” come to the land called America. Some of those are traceable ancestors who came here with no guarantee of anything but to work hard and be given the opportunity to live the American dream. Pride swelled up from within, that no other country on earth can claim such an honor of “open arms”. We are not perfect, but we are the most inclusive country on earth and I say that from direct experience, having traveled the world. Most other countries are extremely intolerant of those who can’t produce legal entry papers upon request. In some countries it is almost a crime to simply be female and definitely a crime to be a Christian.

I have been to the Statue of Liberty which holds high its torch, still beaconing to the downtrodden and politically persecuted. That wonderful lady welcomes the “tired, huddled masses to our shores”. No where there, did I see an appeal to immigrate to our shores, based on ethnicity, religion, political persuasion, or any other divisive tag. We are exceptional.

I could go on and on but you get the point. You ask the question “what kind of people are we?” You also acknowledge that a large majority of Alabamians support the bill and then state that “we mistreat others because of race.” I hope that is not the case nor do I believe it. I do believe however that there is great inconvenience at this time for the illegal immigrants in Alabama, that could have been avoided by a federal government that has abrogated its duties for the last half century, to appease labor Gulags and court a growing exploited, primarily Hispanic population. In my opinion that is institutionalized racism at the highest level.

I take offense that you so cavalierly paint, with such a broad brush, the people of Alabama as racist. You answered your own question, “We are mostly racist,” a very convenient label now days — if one does not agree with one. You live in Alabama. Does the word apply to you or are you somehow exempted. The word has now become so cheapened. Like a penny, it is not worth picking up in the Wal-Mart parking lot. There was a time when being called a racist really had awful, and usually correct connotations, but now it usually means you don’t agree with some politically correct drivel. We need to stop this nonsense and encourage civil and intelligent discourse instead of name calling. I personally will still strive to be a “Good Samaritan” when I see a need that must be taken care of, regardless of pigmentation. 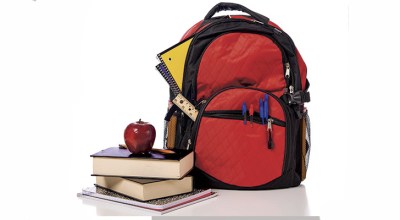