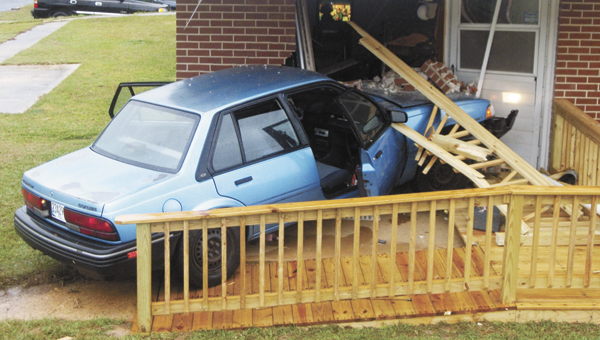 This Chevy Cavalier crashed into a Pineview apartment on Monday. | Stephanie Nelson/Star-News

Monday’s wet weather may have played a part in the accident that caused a car to crash into a local apartment.

It was shortly before 2 p.m. when Andalusia fire fighters were dispatched to the Pineview Apartment Complex on Carver Circle, near the Andalusia Middle School. When they arrived, they found the driver of a Chevrolet Cavalier had apparently ran off the road, lost control of the vehicle and crashed into the home.

Believe it or not, no one was injured during the accident, officials said.