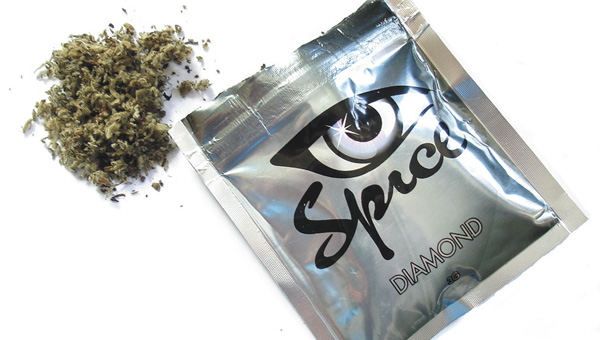 By decree of the governor, local stores selling synthetic marijuana have until Oct. 24 to clear it from their shelves or face the consequences, and ABC agents are already sweeping local stores to make sure they are in compliance.

The decision comes after testimony heard at a Sept. 19 public hearing about the products known by the common street names of “Spice,” “K2” and others, which are labeled as psychoactive herbal and chemical substances sold in a variety of stores and marketed online as herbal incense or potpourri.

“These substances have been wrongly presented as a safe and legal alternative to marijuana,” Williamson said. “By supporting regulations outlawing their possession and sale, we want the public to be aware of the toxic effects and other dangers associated with synthetic marijuana use.”

Gov. Robert Bentley said he’s instructed state Alcohol and Beverage Control Board officers to seize any of the products they find for sale.

“(The products) are being sold in convenience stores and tobacco shops all over this state to unwary individuals including our children,” Bentley said. “We are asking store owners and operators to remove these products from their shelves. And, we have instructed our law enforcement agencies to take possession of any that they find for sale. Since the substances within these products have been scheduled as controlled substances, it will be illegal to make, sell, possess or use these dangerous drugs.”

Friday afternoon, Lt. Lance Price of the Alabama Beverage Control Board said agents were busy following the governor’s instructions. He said in Covington County, three local retailers licensed by the ABC to sell alcoholic beverages were selling the products. Those products were seized, he said.

“We found two (Friday) in Andalusia and one out in the county that was selling this stuff,” Price said. “We now have an executive order to go out and seize the suspected imitation drugs or sources at this time from the locations that hold an ABC license. We are also giving information out to all vendors that have it, but do not have an ABC license, about the consequences that are forthcoming.”

That doesn’t only go for merchants in Covington County. The local ABC district office also covers Butler, Conecuh, Crenshaw, Escambia and Pike counties, and agents statewide will being doing spot checks for the products, as well as proper licensing, Price said.

At the urging of law enforcement and Alabama’s district attorneys, State Sen. Arthur Orr of Decatur and Rep. Allen Farley of Birmingham are sponsoring a bill in the legislature to prohibit the manufacture and sale of synthetic marijuana compounds in different variations. Under the proposed bill, the sale and possession of these substances would constitute felonies.

Since October 2010, the Regional Poison Control Center at Children’s Hospital of Alabama reported 101 calls from persons exposed to “K2” or “Spice.” Three victims were children 6 to 12 years of age, 35 were teenagers and 32 were in their 20s. Symptoms they experienced were classified as follows: neurological, cardiovascular, gastrointestinal, respiratory, dermal and ocular.

Harry Hinson chuckles when talking about having the Kiwanis building renamed as the Harry R. Hinson Kiwanis Community Center in... read more