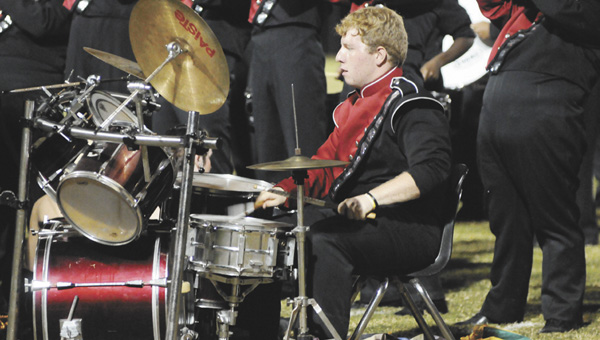 This year, the band marches some 139-members and features a jazz-oriented show, including favorites “Summertime,” “It Don’t Mean a Thing” and “Li’l Liza Jane.”

The previous weekend, the band won awards at the Southern Showcase Contest in Dothan, taking home Best in Class drum major, majorette and drumline, as well as receiving all superior ratings.

Band director Bennie Shellhouse said he was “very proud” of his band.

“With such a young group, I was very pleased,” he said. “They performed above what was expected of them.”

Andalusia was the only band in the county to participate in the contest hosted by the Opp High School Black and Gold Marching Band.