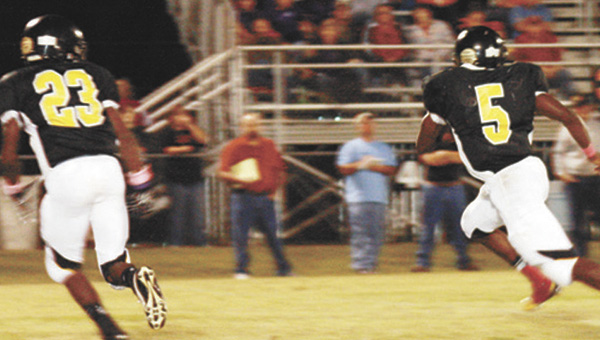 Nothing short of a win won’t do for Red Level or Florala this Friday night, as both will meet for their final game of the 2011 season at Bobby Dye Stadium in Red Level.

The Tigers and Wildcats have combined for one win this season. Red Level beat Calhoun in a region contest, and Florala has yet to get a win.

“It’s a big one,” RLS head football coach Tony Ingram said. “It’s big even for them. They’re looking for their first win.

FHS head football coach Justin Jones said the team has continued to work on what is necessary to get better.

“There have been some bright spots here and there (this season),” Jones said. “We’re still looking for the game where we put it all together.” 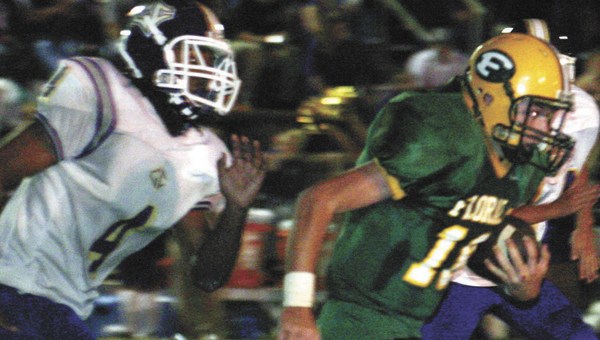 Florala enter this week’s contest against Red Level without a win this season. | Stephanie Nelson/Star-News

Jones was talking about the many games this season where the Wildcats have finished a game down by a touchdown or less, notably in their losses to Pleasant Home (14-13) and J.U. Blacksher (42-35).

Red Level’s win against Calhoun came in week four, where the Tigers won 33-30. RLS is coming off a 80-6 loss to top-ranked Elba last week.

Ingram said the keys to victory this week lie in the fundamentals of the game.

“It’s the same old thing — blocking and tackling and taking care of the football,” he said. “It hasn’t changed in 100 years. We haven’t done either one really well.”

Jones said he understands what the Tigers are going through this season.

“They’re in kind of the same boat we’re in,” he said. “They have some good players. They’re a good ball club, and I recognize the skill and individual talent they’ve got.”

Last week, Ingram said he had five players go down due to injury in the loss to Elba.

Additionally, Ingram said Caleb Varner got beat up and bruised pretty bad last week, and all injured players should return to the game this week.

“Caleb Varner is maybe the toughest kid I’ve ever had on the field,” Ingram said. “He took a pounding and finished the game.

“If you’re going to war, that’s one of the kids you want with you,” he said. “He’s just one of those kids that you can plug in there anywhere.”

Ingram said the players’ effort this season isn’t indicative of their record.

“None of these kids are satisfied with the way things have gone,” he said. “I don’t think that record is a reflection of our kids. I hope everybody will come out and support them in this last game.”