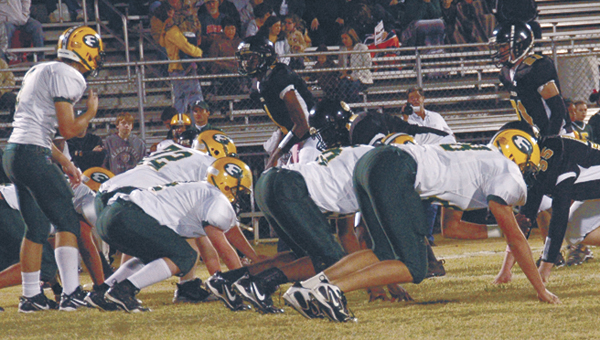 The Florala Wildcats capitalized on turnovers and penalties to pick up their first win of the season, defeating the Red Level Tigers 26-6 on the Tigers’ homecoming.

Red Level struck out first, with their only score coming from Raheem Bullock with a more than 70-yard run in the first quarter. The PAT was no good.

Florala quarterback Austin McNeill scored first for the Wildcats with 10:32 in the second quarter on a quarterback keeper.

Florala’s PAT was no good, but Red Level received a roughing the kicker penalty. Florala was unsuccessful with its two-point conversion.

Florala struck again with 3:27 left in the first half on a Johnathan Burleson touchdown and a successful two-point conversion, putting the Wildcats up 14-6 at the break.

In the third, both teams exchanged the ball without crossing the goal line.

Burleson struck again in the fourth from 23 yards out. The PAT was no good, putting Florala up 20-6.

Desmond Smiley scored the final touchdown of the game.

Red Level head coach Tony Ingram said his “hat was off to Florala.”