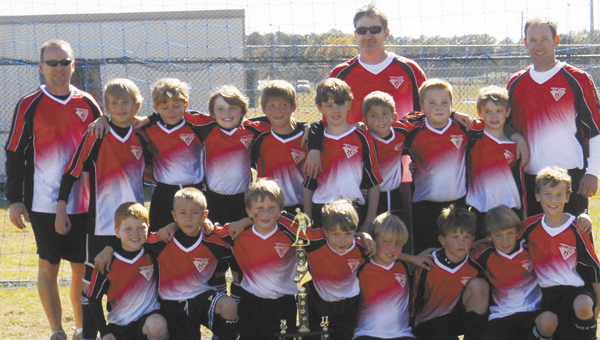 The Andalusia 9-and-under under boys All-Star soccer team earned a berth in the state tournament after finishing runner-up at the district tournament in Eufaula on Saturday.

Troy won the tournament, defeating the local boys team 1-0 in the finals.

Andalusia advanced to the finals with a 3-0 victory over Ozark.

Information on the state tournament was not available when the newspaper went to press on Monday.