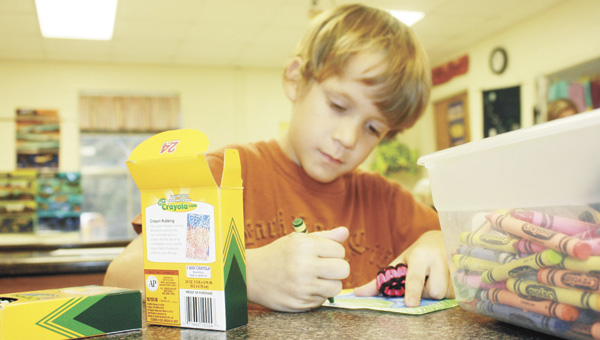 ason Inman was busy filling in his line project at Fleeta School’s after school program this week.

Students in Fleeta Junior High School’s afterschool program have an abundance of activities available to them each week.

Fleeta was one of three local schools receiving a portion of more than $1 million in 21st Century Learning grants over the next three years.

The program allows children to be exposed to activities they normally wouldn’t be, including music with world-famous pianists, karate and more, director Doris McDonald said.

“We’re just trying to get the basics,” she said.

Ethan Williams, who was busy working on his line project on Monday was excited to share what he’d learned.

“We’re working on lines today,” he said. “So far, we’ve learned there are squiggly lines, zig-zag lines and straight lines. There are also dots, which are lines that don’t go anywhere.”

On Tuesday, students participate in tumbling, and on Wednesdays, the Rainer Twins – Clarice and Alice – teach music to the children.

The week ends with karate on Thursdays and woodworking on Fridays.