‘Black Hawk Down’ author to speak at FBC hero event 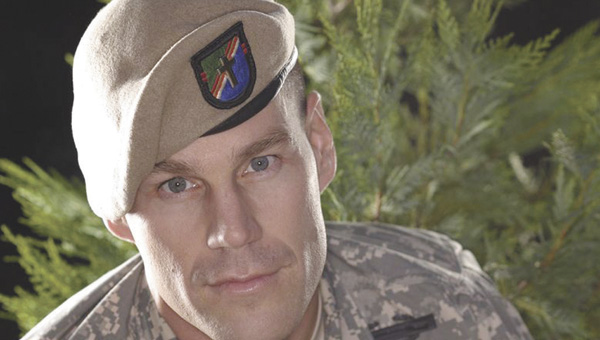 Major (Ret.) Jeff Struecker will be featured at “Honoring Our Heroes” tomorrow.

On Saturday, Andalusia’s First Baptist Church will be “Honoring Our Heroes” with a special event at 6 p.m., featuring Major (Ret.) Jeff Struecker, a best-selling author and hero made famous in “Black Hawk Down.”

A decorated member of the U.S. Army’s most elite fighting corps, Struecker was prominently featured in the national bestseller Black Hawk Down, which was later made into a major motion picture. Struecker, an Army Ranger, was then an Army Ranger chaplain.

“In the streets of Mogadishu, Somalia, Jeff was faced with his greatest fears,” said the Rev. Tommy Green, Streucker’s personal friend. “He was forced to rely on his skills and his ‘bullet-proof faith’ to bring him through some of the most intense combat the U.S. military has seen since the Vietnam War.

“Today, he challenges and inspires audiences with his gripping account of that experience under fire and in the face of death,” he said.

Green described Streucker as a “man of courage and conviction” who uses his personal story of survival on the battlefield to teach his listeners how they, too, can be prepared for any circumstances life has to offer.

Streucker is the author of four books: The Road to Unafraid; Certain Jeopardy; Blaze of Glory; and Fallen Angel. He is currently serving on staff at Calvary Baptist Church in Columbus, Ga. He and his wife, Dawn, have five children: Aaron, Jacob, Joseph, Abigail and Lydia.

Are you the best cook in the tri-cities area and beyond? If you think so, prove it to everyone by... read more