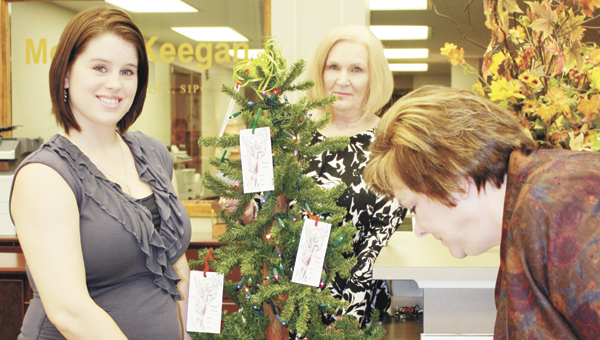 “Fundraising for us is going slow,” Avery said. “Realizing, of course, that everyone is in the same economic boat, there are some who are more blessed than others in that regard. We’re hoping people step up and help us by adopting these angels.”

Avery said because of the economic situation, the organization made two significant changes to this year’s program. The first was a reduction in the number of bicycles given each year. Last year, 165 were distributed. This year, that number drops to 140.

“Our treasury is down significantly because last year, we spent a bit more than we took in,” he said. “This year, we had to do some cutbacks. One was on the bicycles. No one wanted to, but we had to. Prices are going up so fast.”

With bicycles at $89 each, Avery said the reduction in numbers saved the group an estimated $2,000.

The group also reduced the maximum age of participation from 13 to 12.

“We had to do it to contain expenses as much as we can without lowering our quality of services to the children,” he said. “With that said, we need the public to take those angels off the trees and fund them so these children can have Christmas.”

Since Sunday, ACC volunteer Judy Bryant has been busy distributing the angels throughout the area – and she’s not quite finished yet. She hopes all angels are in place by today.

Donations, which are also being accepted for those who don’t wish to shop for a Christmas angel, are tax-deductible and should be mailed to Andalusia Community Christmas Inc., P.O. Box 1525, Andalusia, AL 36420.