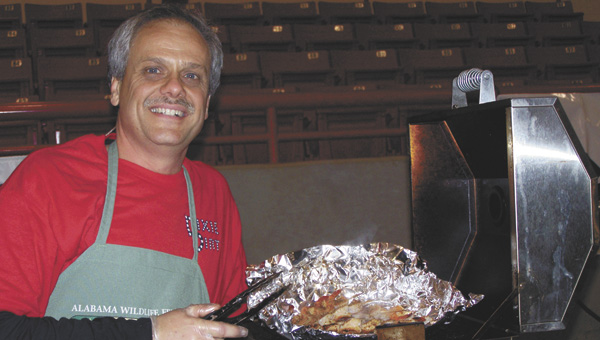 Participants and sponsorships are needed for this year’s Wild Game Cook-off.

Sponsored by the Alabama Wildlife Federation and the Alabama National Guard, the event will be held Thurs., Dec. 1, from 5:30 p.m. until 8:30 p.m.

Organizer Hunter Grimes said they’re looking for as many participants as possible.

There are three categories for which to enter: game, fowl and fish. Those who enter are asked to provide to the public at least 100 bite-sized samples.

Grimes said a first, second and third place will be awarded for each category, as well as a best overall and a people’s choice sponsored by the National Guard.

“Everyone who attends will get to vote,” he said. “They will give a flag folded in a case. It’s really a nice prize.”

Grimes said there is no cost to enter the cook-off, but cost is $40 per couple for admission to the cook-off, which will be held at the Covington Arena.

Grimes said sponsors are needed for this year’s event.

Deadline for sponsorships is Mon., Nov. 28.

Grimes said anyone interested in signing up can do so up until the day before the cook off.