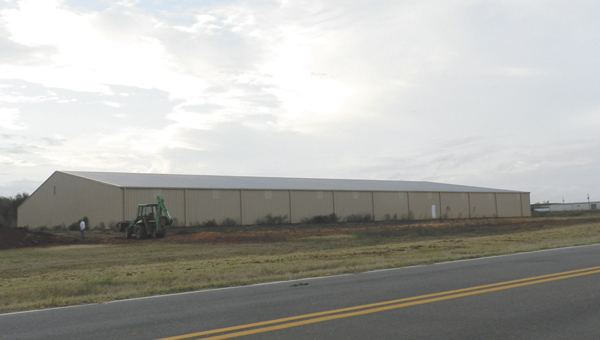 This is the new site of Andalusia’s newest industry located in the industrial park. | Michele Gerlach/ Star-News

A new industry will locate in the Andalusia Industrial Park in the first quarter of 2012, employing a minimum of 50 people in a year, Mayor Earl Johnson announced in a speech to the Andalusia Rotary Club Thursday.

The homes are built to withstand hurricane and tornado-force winds up to 200 mph, and are engineered to withstand up to Zone 4 earthquakes.

Johnson said the city has 30 days to put together the contract and lease, and 60 days after that to get the property turned over to them.

“That should put it at about March 1,” he said.

The mayor said the company looked at several communities before choosing to locate here.

“They told us there were other communities that had just as much to offer, but that they didn’t seem to have the spirit that they sensed here,” he said.

GreenSteel Homes estimates that 32 trees are saved and four recycled cars are used in one of its 1,200 square foot homes. The company offers plans ranging from 600 square feet to 2,500 square feet.

Trial delayed for lack of witnesses

Testimony in the murder case against Bobby Wayne Copeland was derailed Tuesday after the defense failed to produce more than... read more