County: No to beer near school 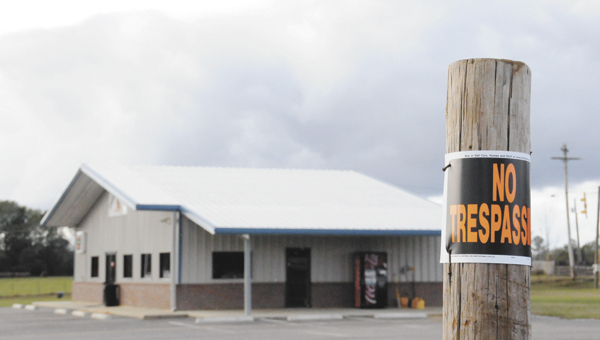 For the second time, commissioners have denied an off-premise beer license for Straughn’s Tiger Quick Stop.

Ricky and Tabitha Harrison are owners of the small convenience store located directly across from the Straughn High School stadium, and it was for that exact reason that commissioners said they couldn’t “in good conscious” approve the license.

In addition to its proximity to the stadium, the store is also less than 300 feet from the school’s playground, according to District 2 commissioner Bragg Carter.

The couple said they felt the license was needed to generate the revenue needed to reopen the store, which has been closed. They presented a petition signed by 340 of its customers, who said they were in favor of the store getting the license. To obtain an alcohol license, a retail establishment must first get approval from the Alabama Beverage Control Board and the local presiding government, which in this case, would be the county commission. The business was granted licensing approval by ABC board, but was denied by the commission in January.

“I’ve heard that the concern is that on Friday game night, that people would go over at half time and buy alcohol and take it back to the stadium,” said John Peek, a local attorney representing the Harrisons. “This store closed at 7 p.m., which was kick-off. This family wants to lift up the community and is willing to address every one of your concerns.”

“It’s hard to balance the location issue, but the Harrisons want to put their four employees back to work, and they want to generate revenue for this county,” Peek said.

Mr. Harrison also stated his case before the commission. He said last year he supplemented the store’s operating fund by some $28,000, and that he and his wife believed selling alcohol would generate revenue.

“When I opened, I didn’t intend to sell alcohol, but before I built, I went around to the community and the ABC Board, who said there was no ordinance that said I couldn’t,” he said. “When I started to have to reach into my back pocket to keep the store open, we had to do something.

“It’s important to survive, and all I’m trying to do is make it survive,” he said of his business. “People think that (an alcohol license) don’t make a difference, but it does. You need it, especially in today’s world. You need everything to keep the doors open.”

“I’m for everyone making a living,” Carter said. “I hate to do something like this because of location, but it’s 216 feet from a playground.”

The decision to deny the license was unanimous; however, the Harrisons can appeal the decision to the ABC Board at the state level, which if approved, would override the commissions’ decision and grant a license to the store.

County employees soon won’t have to ask “Can you hear me now?” after commissioners voted Monday to install a new telephone system throughout most county-owned buildings.

The $99,731 system will be installed and maintained by Centrylink and includes equipment, service and training for some 165 telephone lines and multiple fax lines.

The new system can be customized by department and will allow the transferring of calls between buildings. It is also the same system as used by the State of Alabama.

Included in the price is also a 36-month maintenance agreement for the system.

County administrator Brenda Petty said an additional $800 a month will be saved by eliminating the old system, which was installed for $225,000 when the building was built.

There will soon be a new look to Covington County Sheriff’s Department patrol vehicle fleet after commissioners approved the purchase of a new Chevrolet car Monday.

For many years, the state approved vehicle was a Ford Crown Victoria; however, that has now changed. Departments can choose from a Ford Interceptor sedan, a Dodge Charger, a Chevrolet Impala, Tahoe or Caprice, according to the state’s department of finance purchasing division.

Sheriff Dennis Meeks said while the specific model to be purchased hasn’t been determined, the vehicle will replace one with 225,000 miles on it.

Commissioners gave the county engineer the authority to seek sealed bids once Meeks gives specs needed for the new car.

Meeks said he also plans to purchase a new transport vehicle for jail use.

Both the old vehicles will declared as surplus once the new ones arrive.