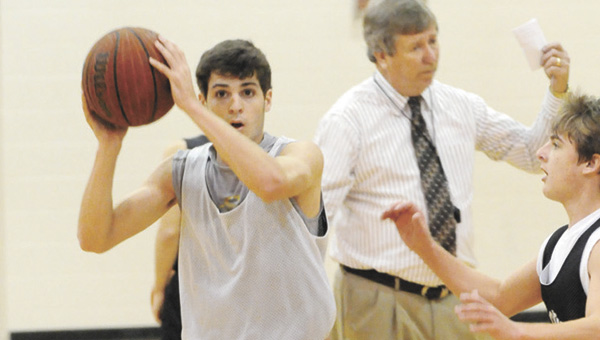 Instead, Driver put the team’s excitement into seven words.

“We want to play anybody and everybody,” Driver said.

The Tigers will travel to play Pleasant Home tonight in their season-opener, a game they’ve been waiting for for quite some time.

However, Driver has been waiting longer.

“Ever since the last game of last season,” he said.

Last season, the Tigers only managed to win six games, and finished in the semifinals of the Class 4A, Area 3 tournament, falling to rival Andalusia.

This year, Driver said it’s different because he is now one of four seniors that are the leaders of the varsity squad and also because his teammates are playing like head coach Rusty Andrews wants them to play.

“It requires more leadership,” he said. “You have to make them feel like they are a part of something that’s going to be successful this year. Last year, I just didn’t feel that. I like my team out here.

“We’ve grown so close together that I feel like we could have a pretty good ball club,” he said.

Ever since practice began, Driver said they (the seniors) have drilled three important things into the minds of the younger players.

“Play hard, hustle and don’t give up,” he said. “They shouldn’t be intimidated by anybody.”

When asked if there were any goals set by the players this year, Driver didn’t indicate anything specific.

Instead, he said “we need to play our best and to win.”

“We’re more of a fundamentally sound group this year,” Driver said. “We’ve gotten used to what coach has tried to get us to do now. We’re executing a little bit better.”

After facing the Eagles tonight, the Tigers will travel to play Florala on Friday, and then will play Georgiana at home next Tuesday before his team’s annual Christmas Tournament, which begins Thurs., Dec. 8.

Area play for SHS will begin Jan. 3 at home against AHS.

Before Straughn embarks on its season, the Tigers have to get through Pleasant Home first, which is traditionally a fundamentally sound team.

Driver said the team is going to play their “best” tonight.

“We’re going try our best and do everything coach asks us to do,” he said. “We’re not going to take off any play from beginning to end.”

Driver is the son of Shannon and Sharon Driver.

The Tigers will tip off against the Eagles tonight immediately following the girls varsity game at PHS.