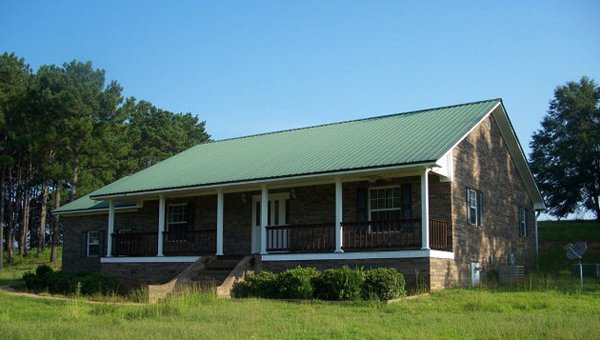 This home is among those for sale in Covington County. | Courtesy photo

For the last 365-day period, Tripp Bass, co-owner of the Bass Agency, said residential home sales have increased to 233 homes sold, which is up slightly from the same time period in 2010, where only 226 homes were sold.

The average home sale price has decreased slightly, he said.

“They are, in fact, selling for a little bit less,” he said.

And properties are staying on the market less days this year, compared to last year, Bass said.

“And that’s good news for everyone,” he said. “For the last 365 days, homes have stayed on the market an average of 179 days compared to 182 days on the market this time last year.”

“It’s even shown improvement in the last six months,” he said. “Comparing the last two quarters, we have good news.”

The county is falling in line with the nation, who saw an increase in home sales in October, but the median sales price fell to it lowest level of the year.

That’s less than half the 700,000 that economists say indicate a healthy housing market.

While new-homes sales represent a fraction of the housing market, they have an outsize impact on the economy. Each home built creates an average of three jobs for a year and generates about $90,000 in tax revenue, according to the National Association of Home Builders.

New homebuilders have struggled to compete against resales, which are also low.