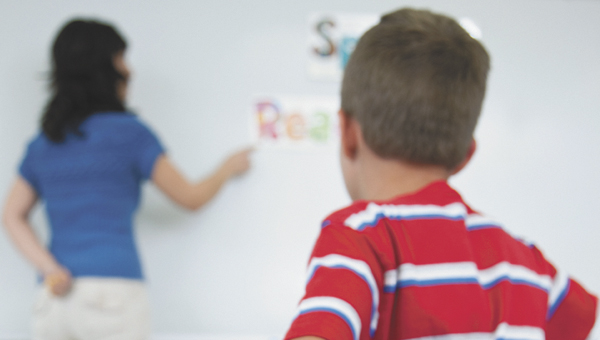 Though it may be a simple gesture, parents should be careful if purchasing a gift for a teacher. | Courtesy photo

As it stands now, area parents could be breaking the state’s new ethics law by giving their child’s teacher a gift of value.

You can still bake cookies, or bring in something consumable such as hand lotion or a candle, a potted plant or a coffee cup if spending less than $15, said Jim Sumner, director of the Alabama Ethics Commission, which has been asked to clarify the law as it relates to holiday gifts.

But cash or anything that a teacher could turn around and resell is out of the question, Sumner said, as are holiday turkeys and ham.

The Ethics Commission is meeting next week to further clarify the law, which in its current form is vague, stating that an item must be of “de minimis” value, which, according to the Merriam-Webster dictionary, means “lacking significance or importance; so minor as to merit disregard.”

“The law does not define what de minimis is, and the Ethics Commission will not arbitrarily establish an amount,” according to an ethics opinion filed in October.

“I think that Christmas gifts are not about their value,” she said. “I think they’re about children who give their teacher a gift to say ‘I love you.’ The value is not important. Some parents can afford more than others, as a teacher, I can say, gifts are never expected by a teacher.

“It’s sad that big corporations and legislators can (get give and receive) gifts, but little children in the classroom, who thoroughly love their teacher, can’t,” she said.

As a high school teacher, Mobley said on the rare occasion a student brought a gift, it brightened her day.

“Those are the actions that show someone appreciates what you, as a teacher, did,” she said. “Teachers know they are appreciated by students, but sometimes you need to say it in some way. By not allow them to give gifts, I think it hurts children.”

Andalusia City Schools superintendent Ted Watson said, “Every superintendent, as well as me, is following the guidelines Jim Sumner, who is over the ethics commission, is giving. They are ambiguous at best. There is no clear line on what you can or cannot give.

“According to Mr. Sumner, ‘A parent wishing to give a gift to a teacher should stick to those under $15, but closer to $5.’”

Watson said cookies should be OK, but not a turkey or a ham.

“Then again, I don’t want to start telling people what is OK and what isn’t OK since this is so ambiguous,” he said. “One thing you should ask yourself is does it have a resale value and is the resale value minimum.”

Watson said he didn’t think lawmakers fully understood the extent of the new law when it was passed.

“I don’t think that our lawmakers had any idea that this reform would be as sweeping as it is,” he said. “I know the intent was to stop lobbyist, and not necessarily to have this kind of effect on teachers.”

The ethics commission is working on a more detailed list that should be released later this month, he said.

“I do know one thing that they are saying is that PTOs cannot give teachers gift cards, which is unfortunate during the current economic times,” he said.

Opp Superintendent Michael Smithart and Covington County Schools Superintendent Terry Holley said they, too, are awaiting more instructions from the ethics commission before sending out any kind of notices to parents.

“They meet next week, so we’re just waiting,” Smithart said. “Student/teacher gifts are a long standing tradition. I don’t think there is any intention to corrupt that relationship by giving a Christmas gift, and I think the ethics commission will see that.”