Working at being below average

It’s not even January yet, and already, I’m struggling to crawl from beneath the coziness of the covers and get into my running/walking shoes. We do, after all, live in South Alabama, where we are spoiled into thinking winter is those three cold days in January.

But it is the season for overindulgence, which makes it ever more important to fight off the demon laziness.

I’ve written before about having sworn off bread, sugar, and my former friend, peanut butter, among other things. It was Honey’s idea, actually, but it turned out to be a good one. On Thanksgiving, I fudged only enough to enjoy cornbread dressing, and it was oh, so good. As I watched others who had enjoyed more carb-laden meals nod off to sleep, slcak-mouthed, I was happy I had foregone some of the treats on my mother’s table.

The trouble with giving in, I was soon reminded, is that cornbread dressing at lunch makes one want a turkey sandwich for supper; or a grilled cheese with one’s healthy bowl of chili.

It’s the same with most things in life – overindulgence, overspending, the discipline of children. Break the rules a little bit today, and they’ll be easier to break again tomorrow.

A year ago, we were waiting for takeout at a favorite Cuban restaurant in St. Augustine. They brought us warm bread, three loaves, to go with the salads we were picking up. Honey offered a loaf to a couple seated nearby.

We couldn’t agree more. Why would anyone in his or her right mind pass on warm Cuban bread and whipped butter?

Now, when something tasty calls us and we decline, we quip, “Well, that’s stupid,” and laugh at the memory.

Depending upon which source one reads, the average American will gain two to eight pounds between Halloween and New Year’s. Weight Watchers estimates that number on the lower end of the spectrum, but says holiday weight gain tends to account for half of the pounds gained in a year, and is likely to become permanent.

With the memory of cornbread dressing fresh on my mind and the pleasure of cozy covers tempting me to stay in out of the cold, I signed up this week to participate in the PowerSouth Relay for Life team’s 5K Resolution Run/Walk fundraiser on Jan. 7. (Registration forms online at www.active.com and www.runningintheusa.com). I figured it would be like drawing a line in the sand and motivating myself to keep exercising in December. Sure enough, hardly 24 hours had elapsed before active.com sent me an email about the benefits of running in the cold.

And now that I’ve outed myself in public, I really won’t have an excuse.

I’m going to miss that extra hour under the covers. 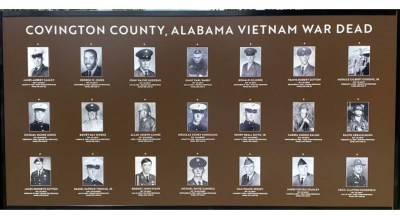 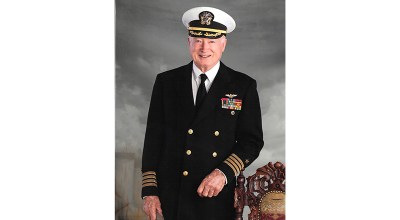