Kirkpatrick is citizen of year 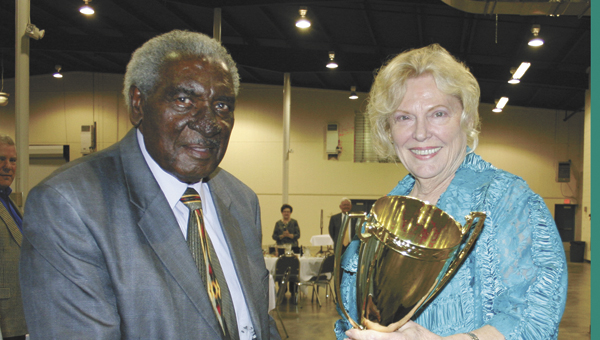 C.L. Kirkpatrick, along with 2010 citizen of the year Barbara Nichols.

The Andalusia Kiwanis Club named C.L. Kirkpatrick its 2011 citizen of the year and honored Dee Catrett as Kiwanian of the year at its annual banquet Monday night.

Kirkpatrick was recognized for his gift of more than seven acres of property and $200,000 for the establishment of Kirkpatrick Park. 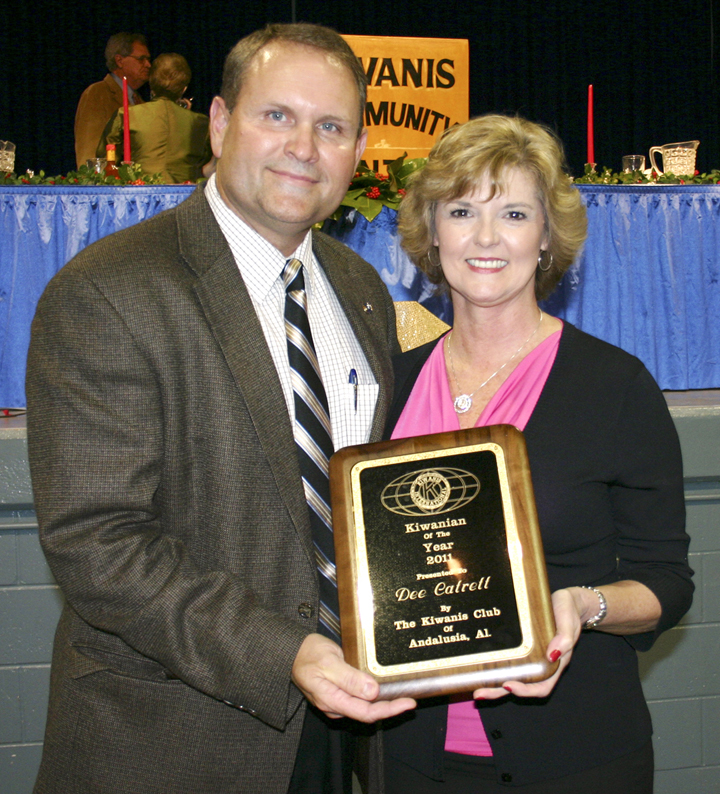 In the aftermath of Hurricane Ivan in 2004, fire destroyed the Kirkpatrick home and claimed the life of Mr. Kirkpatrick’s wife, Sallie Ann Kirkpatrick. Mr. Kirkpatrick and members of his family wanted to create a permanent memorial to Mrs. Kirkpatrick and give back to the community that has supported him for years. The result is a beautiful addition to the city’s park system.

And Kirkpatrick hasn’t stopped giving. He is involved in the planning of a children’s play area to be added to the beautiful facility.

Catrett was recognized for her work with the Kiwanis Covington County Fair.

“She is always encouraging, and has a great sense of humor,” he said. “She is deeply committed to the success of the fair.

“Sometimes we call her the ticket queen,” he said. “She always makes sure we have plenty of people working in the booth, and she takes responsibility for counting the cash each night.

“You can talk to anybody in the organization and they will tell you that she is dedicated and hardworking.”

Each year, the club also recognizes Legion of Honor Kiwanians after 25 years of service. Lapel pins are given every five years. Those recognized, all of whom are past presidents of the club, included John Hill, 60 years; Roy Windham, 45 years; Bill King, 35 years; and Tony Wells, 30 years.