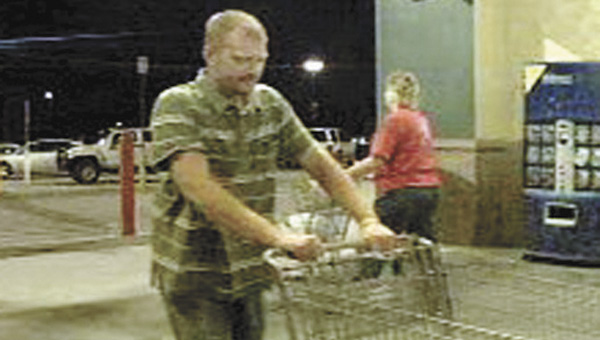 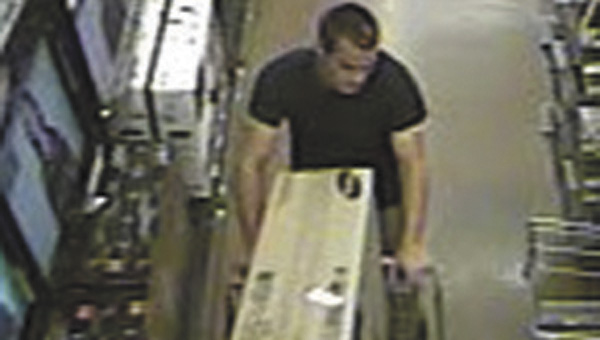 Four people are now being sought in a Super Saturday theft of two televisions and three cases of beer from the Andalusia Walmart.

Sgt. Jason Curry of the Andalusia Police Department said the four white males took advantage of the after- Thanksgiving shopping rush to load two buggies and make their way out one of the building’s fire escapes with the merchandise.

“The video clearly shows four suspects,” he said. “One was the driver of a white pickup truck. The other three were shown walking around. It shows one left and staged in the parking lot.

“The other two inside loaded buggies, headed out and set off the fire alarm,” he said. “The video shows one guy run and toss a TV in the back of a black Chevy full-sized pick up truck, then he runs back to help the other grab the other TV and tosses it in, too.”

Unfortunately for the thieves, the video captures the demise of a case of beer as one man looses his grip and cans spill to the ground.

Curry said the suspects, all of whom are white males are described as follows:

• One in a green and white striped shirt with blondish-red hair, weighing approximately 160-190 pounds;

• No clear picture was available of the fourth suspect, who served as a lookout for the heist.

The Andalusia Police Department is searching for the owners of two firearms after city workers found the guns tossed into... read more