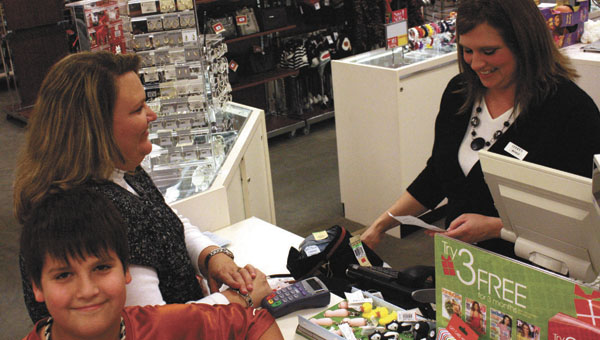 Two days before school dismisses for the Christmas break, Gov. Robert Bentley is calling on lawmakers to amend the state ethics law to make it clear that teachers can receive seasonal gifts.

Bentley said Wednesday that “teachers shouldn’t be considered lawbreakers if they receive a gift from a student.” He said several state Senate leaders will co-sponsor a bill that would spell out how the ethics rules apply to teachers.

Opp Superintendent Michael Smithart said the decision “is the appropriate thing to do.”

“I don’t think that anyone intended for classroom teachers to be included in that law,” he said.

Smithart, like other school superintendents in the county, waited for the state ethics commission to meet last week and issue its opinion on the matter. He said Bentley’s request couldn’t have come at a better time as the board is expected to adopt a resolution today clarifying the gift-giving issue.

“It has to do with the pooling of money for gifts,” Smithart said of the resolution. “For example, say a parent takes up $5 or so from each student. The opinion says you can give one gift under that if you have a policy that allows for it. What this resolution does is allow for the pooling of money to give a more substantial gift.”

“Our teachers have gotten caught up in a situation that they were not intended to get caught up in, I believe,” he said. “Our teachers do a lot of work, and they have taken a pay decrease this year. That is not to discount our obligation to abide by the ethics law, but th(e amount) was very miniscule.”

Watson said he doesn’t expect the system to experience any problems because of the new law.

“But at the same time it’s nice to have direction on the matter,” he said.

Watson said that teacher gifts generally don’t have a large monetary value and are more sentimental than anything else.

“In my career, the most expensive gift I’ve ever gotten (from a student cost) probably $10,” Murphy said. “I’m glad they’ve put some clarification on the matter, though. It will help parents.”