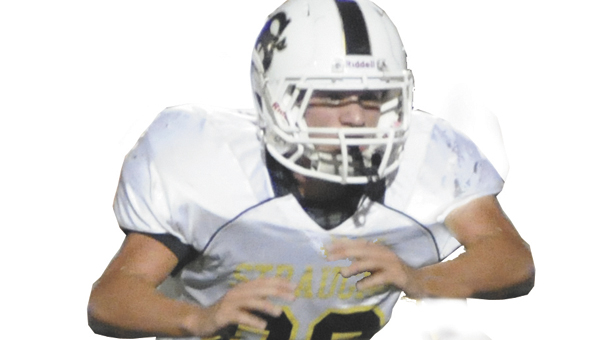 Tigers sophomore linebacker Johnny Owens is this year’s Defensive Player of the Year. Owens had a plethora of tackles with 141 total for the season. He had 54 solo tackles, and 87 assists and averaged 12.8 tackles per game.

“I can’t really explain it, honestly,” Owens said about how he accomplished such a feat. “Having to be everywhere, I was just playing my hardest every game and just trying to be a leader.”

Owens said when he found out that he was selected as the defensive player of the year that his reaction was that “it’s crazy.”

“I didn’t ever think it would be this way,” he said.

Owens said he and teammate Chase Short were a part of the last stop that held the Bobcats from scoring a two-point conversion in his team’s 14-13 over time win in week five.

The sophomore said his keys to success this season were just the amount of hard work he had done to get ready for the season.

The runner-up Defensive Player of the Year is Gage McCart of Straughn.

Andalusia’s 10-win season, and Straughn’s and Opp’s berths in the state playoffs are but a few of this season’s highlights.... read more