A July groundbreaking is expected for a 104-unit apartment complex on Debro Hill after the Andalusia City Council approved a memorandum of understanding with Incipit, LLC Tuesday night.

Developer Bill Ware of Enterprise met with council members in a workshop session prior to the meeting. 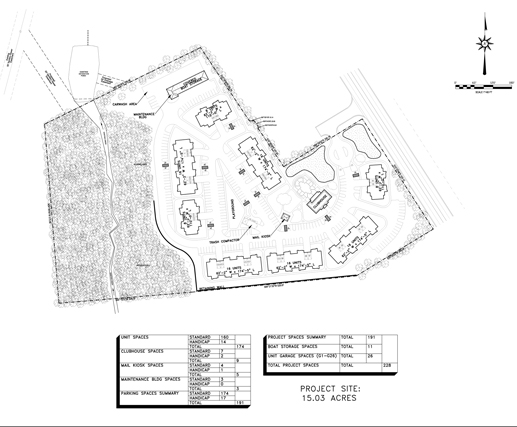 The proposed apartment complex will have one, two and three bedroom units, with rents for each set at $670, $750 and $840 per month. Amenities will include a clubhouse with pool, business center, workout room, and laundry and carwash areas.

Ware said the apartments will be two-story walk-ups, with residents being able to park practically at their doors.

Because the location is a main entrance to Andalusia, he said, city officials have stressed to him the importance of aesthetics.

“We’re going to make some modifications because the front really needs to pop,” he said.

Ware said everywhere his company has developed apartments, emphasis has been placed on community.

“We create a living environment so that they feel like it’s home,” he said. “We want there to be a sense of community, and plan an event monthly to build the spirit of family.

“It fits nicely with what I feel when I come to Andalusia,” he said.

Among the visits he’s made here was one to participate in the Christmas tree lighting ceremony on the square.

City clerk John Thompson explained that when HUD financing for that project failed, the city sent a request for proposals to dozens of developers in an effort to develop housing in Andalusia.

Thompson said a second rental study was conducted and determined there was a “pent up demand” for upscale rental property.

“We have an acute lack of a certain kind of housing,” he said. “We can’t go to the next level in terms of economic development without housing.”

A frequent complaint of companies considering locating in Andalusia is a lack of temporary (rental) housing for employees. The housing issue has cost the city several industries, city and economic development officials say.

“They have rented in developments like what we have in mind,” he said.

Thompson said that as a result the the RFP, the city received numerous inquiries and proposals. After sorting through them, they considered three “bonified, solid, good proposals.”

Incipit’s proposal stood out as the best choice, Thompson said.

The memorandum of understanding approved Tuesday night does not require an outright cash investment by the city. Instead, the city will guarantee stabilization of the property until it reaches 92 percent occupancy. In other words, when the complex opens, the city will guarantee the difference in rent between the number of units rented and 92 percent occupancy.

“Until that is achieved, we will be responsible for the gap between,” Thompson said. The city’s participation is capped or $500,000; 18-months; or stabilization. Any of the three issues could end the city’s investment. In return, the city will have a 10 percent ownership of the development company.

Previously, Ware has developed by residential and retail properties. At present, he is working on the new Publix complex in Enterprise.

Ware praised Thompson, director of planning Andy Wiggins, and Mayor Earl Johnson for their foresight and work to make the project happen.

Johnson was hospitalized earlier this week for kidney stones and was unable to attend the meeting.

In unrelated business, the council:

• Approved a resolution authorizing the final phase of the Andalusia Bypass Resurfacing Project by the Alabama Department of Transportation. This project will resurface the bypass from Hillcrest Drive to Andalusia Elementary School.

For local students, the Christmas break started out great with sunny skies and fair temperatures – the perfect weather... read more