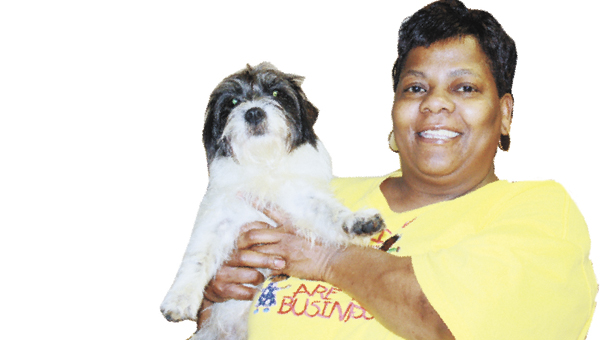 Shirley Trawick is shown with Pepper, who needs a good home this holiday season. Pepper is among the pets up for adoption at the Andalusia Animal Shelter’s adopt-a-thon today. | Kendra Bolling/Star-News

Still looking for a furry friend for Christmas?

The Andalusia Animal Shelter is holding its adopt-a-thon, “Home for the Holidays” event today and tomorrow.

Christin Ball, shelter manager, said there are a variety of different dogs and a couple of cats from which to choose, including small, toy dogs up to large ones.

Official are waiving the adoption fees this month; however individuals still have to pay to get the animal spayed or neutered.

In order to raise money for the shelter, a $100 American Express gift card raffle was held. Shirley Trawick of Andalusia was the winner. The shelter raised $159 through donations and the raffle, Ball said.

“We’re going to use the money for shelter improvements such as painting walls and such,” she said.