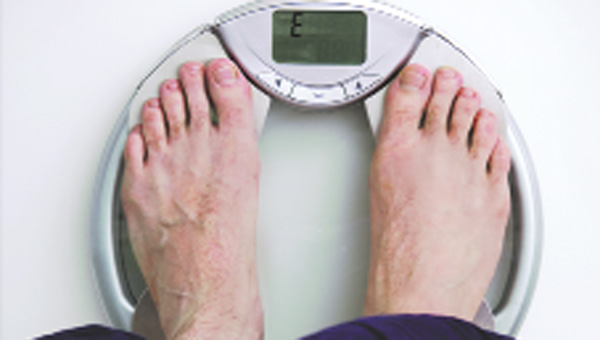 Now that the Christmas candies and starch-laden meals are over, it’s time to think about New Year’s resolutions.

For those who need a little motivation, look no further than the statewide Scale Back Alabama weight loss contest.

The 10-week weight loss competition is designed to capitalize on weight loss for New Year’s resolutions and create a fun atmosphere for weight loss and physical activity, said Mark Dooley, CEO for Andalusia Regional Hospital. For the sixth year in a row, the local hospital will again serve as a weigh-in site for the contest.

Dooley said local residents are invited to sign up for the contest in the first floor classroom of ARH on Monday and Tuesday, Jan. 23 and 24, from 7:30 a.m. until 2 p.m.

“Now in its fifth year, the 10-week contest is an attempt to encourage Alabamians to lose weight, to exercise and to have fun while doing it,” he said.

Last year’s campaign drew more than 33,000 people in almost every county with a cumulative reported weight loss of 143,309 pounds. Locally, 25 teams, each consisting of four people, lost a total of 365 pounds.

“The new year is a perfect time to think about establishing good habits that will make you healthier,” Dooley said. “All you have to do to participate in Scale Back Alabama is find three other individuals to be on your team and come to Andalusia Regional Hospital classroom on Monday or Tuesday, Jan. 23 or 24, to weigh in and register. The contest is free, and there are statewide cash prize drawings at the end.”

According to Dooley, the goal is to lose a pound a week during the 10-week period.

“We’re really encouraging healthy weight loss, not crash dieting,” added Dooley. “Throughout the contest participants will be provided with tips such as how to eat healthier portions and how to make exercise a part of their normal routine. The contest is geared toward adults age 18 and older, and we are particularly encouraging businesses and other organizations to participate.”

Those who complete the contest and are on a team in which every member loses at least 10 pounds, are placed in a drawing for one of three grand prizes, with the top prize being $1,000 per team member. There are also other prize drawings for individuals who lose at least 10 pounds, regardless of their team’s success, and still other prize drawings for people who have lost any weight and show up to weigh out.

There is also a contest for the best team name and votes will be taken March 9-19. The winner of that contest will be announced March 20.

Weigh-outs will occur during the week of April 7-13. The winner will be announced after April 30.

Scale Back Alabama is a public awareness campaign hosted by Alabama‘s hospitals and the Alabama Department of Public Health, with generous support from Blue Cross and Blue Shield of Alabama. For more information, go to scalebackalabama.com.

Editor’s note: For the 31st consecutive year, the University of Alabama faculty experts are offering predictions for the coming year.  ... read more