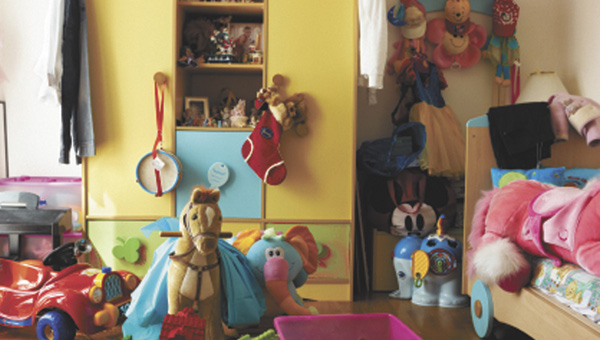 The stockings have been emptied; the presents are no longer nestled under the tree, and now, all that’s left is clutter.

If you’re struggling to fit the gifts you and your children received for Christmas in among your old things, then those at the area thrift stores would be happy to take some of those things off your hands, said those at the local Goodwill Store, the Christian Service Center and Thrift Town.

Here are their suggestions:

• Get one, toss two. For each gift you or your child receives, toss two similar items. For example, for every new set of pajamas, remove two older sets and add them to the donation bag, and the same approach can apply to everything.

• Take the mailing box challenge. Do you have boxes piled high from all the gifts that have arrived? Take the challenge and rid yourselves of the clutter and the boxes. Fill every seasonal box with items suitable for donation at the Goodwill or Christian Service Center and the likes and take them before the weekend.

Goodwill assistant manager Dorri Pate said putting items in bags and boxes makes it easier to organize and for them to put out.

“Try this instead of just putting them in the buggies,” she said. “We’ll take anything except large appliances because we have no way of checking those out.”

“The best time to bring it is during operating hours from 9 a.m. until 4 p.m.,” he said. “It would help if they have the clothes bagged or in boxes. If items can be separated, that can help us.”

Pate just asks that donations be made before 4:30 p.m. each day to give the staff time to process the donated items before 5 p.m.

Cole said they haven’t seen a sudden influx in people bringing their items to the CSC after Christmas; however, donations are constant year-round for them.

“We are appreciative of people who donate to us,” he said. “It keeps us operating. We’re on track to give out 180,000 pounds of food this year, the largest amount we’ve done. The food drive at Walmart generated more than 1,000 pounds of food. We’re still having an influx (of food donations).

• Sorting. Get out of the “dump it in a box and worry with it later” mindset. Sort and de-clutter the holiday decorations, tablecloths, napkins and the lighting. If something isn’t working —like those 20-year-old lights — toss it out or donate it.

• Consign “re-gifting” candidates to the gift closet. Remember to make a list of who gave you the gift so you don’t give it as a gift to the person from whom you received it.

• Hold an after-Christmas white elephant exchange party. Invite friends for dinner on New Year’s Day or wait until your National Championship or Super Bowl party. Ask everyone to bring a wrapped gift for post-Christmas exchange.

• Set up a toy library. Make your toys loaners. These should be toys that still have play value. Here are some good candidates: construction sets, dollhouses, blocks or playsets.

For agriculture, 2011 brought about an increased demand for cotton, an immigration law that sent some migrant workers running and... read more