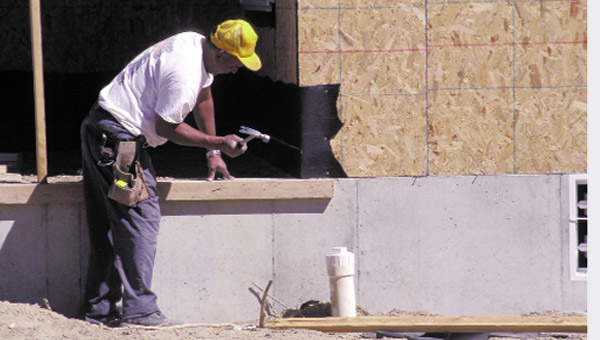 Anyone doing business with a government entity, such contractors or parts houses, must verify the immigration status of new employees.

Alabama’s new requirement that employers who do business with the government use E-Verify for new workers is one of some 40,000 new laws nationwide with a start date of Jan. 1, 2012.

The new requirement is for businesses like Andalusia’s First Choice, an equipment sales and service business located on the West Bypass. Owner Donnie Bush said the company does sales and service for the city and the county, and is on the state bid list for its products and services.

He said he doesn’t feel the new requirement will have much impact on this business.

“So far, we haven’t received anything in writing from the employment office or any government office,” he said. “What I usually do (when hiring a new employee) is that I have a form that we go though. We get their Social Security number, their date of birth and things like that, along with short history on the employee.”

“As far as checking, I have called the driver’s license office to see if the license is valid and they have good driving history, because of insurance purposes,” he said. “I haven’t had, as far as our business goes, an issue with anyone who might have a potential immigration issue.

“We don’t have a labor type job or openings,” he said. “We deal with parts and customers relations and such. I don’t think in Andalusia, there is an immigration problem. I don’t think you’ll find any legal business with a problem with the immigration law.”

According to the National Conference of State Legislatures, those some 40,000 laws were passed by legislatures meeting in all 50 states during 2011 that also have a start date of Jan. 1, 2012. Examples include:

• In California, school sports teams must bench an athlete suspected of sustaining a concussion or head injury until cleared by a health care provider.

• In Kansas, Rhode Island, Tennessee and Texas, voters must present photo identification at the polls.

• In New Hampshire, a law will require girls seeking abortions to tell their parents or a judge.