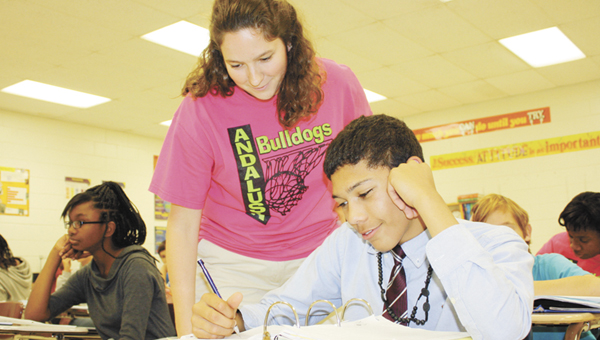 From pinks slips and potential school closings because of budget woes to tragedy in Red Level and Opp, 2011 was a monumental year on the education front in Covington County.

Teachers were impacted on many different fronts, with some pink slipped in May because of budget shortfalls.

On the county school level, the system was faced with $3 million in cuts over the next two years, but thanks to six months of operating reserves, personnel and services were kept at their current levels.

Opp City Schools eliminated one program – health services – which meant one fewer teacher units, and the Andalusia Board of Education cut 16 employees. There, some, but not all, were brought back at the beginning of the school year.

Other teachers were forced into retirement because of rising insurance costs – 13 at last count countywide – because of a new law that created a sliding scale for retiree insurance premiums based on how long the employee had been in the retirement system and the number of years away from Medicare eligibility, which is usually age 65.

Teachers were also told that it would be illegal to accept Christmas presents from students.

While 2011 was the first year middle after the closure of Florala City Middle School, this could also be one of the final years students grace the halls of Andalusia Middle School. In July, the city school board announced its exploration of closing the school in an effort to save nearly $500,000 in annual staff and operating costs. In July, the board approved a five-year capital plan that will close the current Andalusia Middle School campus and place seventh and eighth graders at the high school and sixth graders on the elementary school campus. Plans are to build a separate wing for the upper-level middle schoolers at the high school, and build a separate kindergarten wing at the elementary school.

But as of October, school officials said “logistics” of the closing, and that the board was looking into how much it would cost to refurbish the school as an alternative to building.

At Andalusia High School, ground was broken for a new athletic and classroom complex that will include a new practice facility.

This year, three local students lost their lives. The first, Evan Carpenter, 14, and Michael Levi Neal, 15, died after being thrown from the back of a pick up truck near Baker, Fla., in May.

Then, there was 13-year-old Jacob Harper of Opp, who died when a sports utility vehicle rolled over on him and crushed his chest in July.

In November, the Red Level Community had a brush with disaster when a school bus accident sent three students to the hospital and a Shaw employee, Clifton Moore, to ICU in a Montgomery hospital.

This was the year that a former education facility was given new life – and a new set of students – when, in September, the former Church Street Elementary School opened as the Church Street Cultural Arts Center. Ballet barres and mirrors have replaced school desks and chalkboards, but the enthusiasm for learning is still the same.

As the clock ticks ever onward toward 2012, it’s almost time to begin thinking about the January task of compiling... read more