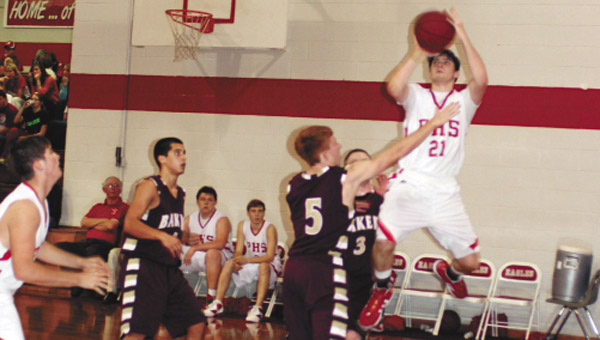 Pleasant Home had a good run at its annual Alabama-Florida Shootout this past weekend, but wasn’t quite enough to defeat Baker, Fla.

Ashley Williamson lead the Lady Eagles with 14 points and Raven Woods had 10.

Florala also played in the tournament, but scores weren’t readily available when the Star-News went to press.

PHS head coach Jerry Davis said he was “pleased” with the tournament.

“It was the first time in four or five years that we have been doing this that we have won a boys game,” he said. “It was a very competitive tournament. It benefited us from a standpoint that we played two games over the weekend and we’re about to enter area play. When you don’t play in a week, it’s like starting over. We hope that the momentum coming off of the tournament will help us defeat Geneva County.”

The Eagles will kick off area play on the road in Hartford against Geneva County tonight at 5:30.

Looking back at 2011 sports

The highlight of 2011 came when Straughn advanced to the semifinals of the Class 4A baseball state playoffs. The Tigers... read more