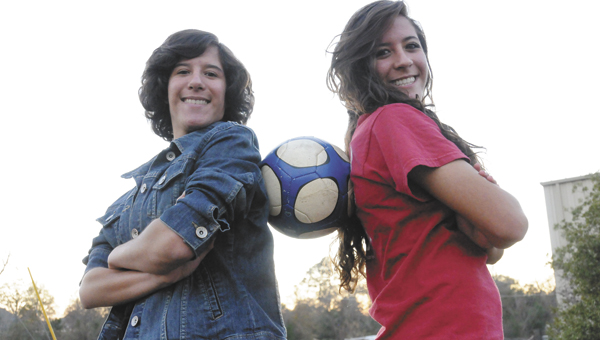 Superintendent Ted Watson confirmed Wednesday that Tim Ramsden, a local engineer with experience as a high school soccer coach, will serve as the new Andalusia High School soccer team coach and that the team organizational meeting is set for Mon., Jan. 16, at 6 p.m. in the AHS library.

Earlier in the afternoon, Ramsden spoke to the Andalusia Lion’s Club about his new post.

“I can’t tell you how excited I am to see this happen,” he said. Ramsden, a native of England who is employed at CDG Engineers, said he’s always had a great love of the sport. A University of Alabama alumni, Ramsden coached soccer at Tuscaloosa’s Central High School while attending college. He moved to Andalusia in 2000.

“We started trying to organize a team back in 2001, and it just didn’t work,” he said. “This time, support has been amazing and things are moving very quickly.”

As the new coach, Ramsden said team participation is open to boys and girls in seventh through 12th grades. A two-day tryout period will begin on Jan. 23, and a squad will be picked on Jan. 26. Practice will be held for “two to three weeks” before the team’s first game.

“This is going to be an abbreviated season,” he said. “We hope to play somewhere around four games and finish up around the end of March.”

Ramsden said the number of teams depends on the level of participation.

“What I’m thinking is there will be one team, mainly of high school students,” he said. “There’s a huge difference between a seventh and eighth grader and a senior in physical size. The same thing with boys and girls. I’m thinking this will be a co-ed team, but we’ll have to see when we get people on the field.

“I don’t want the girls to think that they aren’t welcome,” he said. “I’ve seen some girls that were absolutely amazing on the field, and we have to cultivate all of that talent.”

The team will consist of 18 to 22 students, and games and practices will be held at the Andalusia Sports Complex, he said.

“There’s a lot of questions about how things are going to work, and I don’t have all the answers right now,” he said. “As it (is), there was youth league soccer for 11, 12 and 13 year olds, but after that it kind of dropped off. There needs to be other sports besides your traditional ball for boys and girls.

“You probably have students where football isn’t their thing, and there’s a huge opportunity for soccer scholarships for girls to universities and junior colleges,” he said.

He said he hopes the high school program helps to grow the numbers in the city’s youth rec league soccer program, as well.

“It’s a big deal for everyone involved,” he said.

As a side note, Ramsden said since soccer is a spring sport, those who play football can also play soccer; however, dual play by those currently on travel teams is not allowed.

Anyone with questions or seeking more information before the night’s meeting can reach Ramsden at 334-488-5351.