Officials: Drug use starts at 12 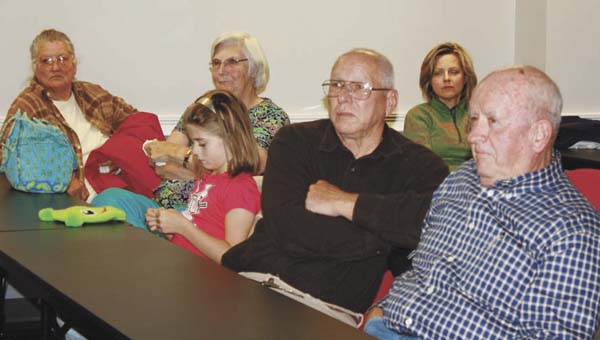 Members of the local law enforcement community painted an eye-opening picture Thursday of the prevalence of drug use in local schools.

Those attending learned that communication is crucial to combating the problem.

School resource officer Jackie Woods and Chief Wilbur Williams said parents should be aware of the issues and be proactive in discussing them.

“The scourge of drug use and what it has done in our community is abominable,” Williams said. “And we’re not going to stop it, we have to be realistic. We have to make every effort to control it.”

Woods said the drugs are not being consumed on campus, but the access is there.

Those attending the meeting engaged in an open dialogue about the dangers facing students, how to combat the problem of drug use and the use of better communication between law enforcement and the school systems.

Superintendents Ted Watson from Andalusia and Terry Holley from the Covington County Schools commended the Peer Helpers group for serving as role models for students.

All attending agreed that children as young as 6 should be educated about the dangers of drug use.

“It’s unbelievable to look at that age, but we need that characteristic embedded in them,” Williams said.

According to the most recent results of the annual Pride Survey, which measures drug and alcohol use among students, 12 is the average age a student first tries drugs.

Williams also said he would like to see more communication between law enforcement and the school systems.

“If there is anything that we learned is that communication across the board is key,” Watson said.

Population of state up