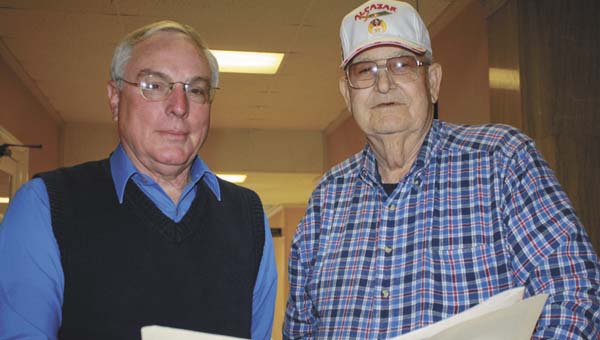 Qualifying for the 2012 election ended Friday with 20 local Republicans and zero Democrats on the March primary election ballot.

Party chairs were stationed at the Covington County Courthouse until 5 p.m. to accept any last-minute qualifying papers.

Blocker said only one additional person qualified during the day – Stephanie Stewart Cotton, a local attorney, for the position of circuit clerk. He said Cotton submitted her qualifying papers to the state office, as required by law. Roger Powell, the current circuit clerk, is not seeking re-election, and another local attorney, Amy Jones, has also qualified for the seat.

“We do have two other races that could prove to be very exciting – that for county commission chair and commissioner for District 2,” Blocker said. “In both those races, there are three people seeking the office, which means there is a high probability for a run-off for the positions.”

The run-off election, if necessary, will be held on April 24.

Blocker said this is the first time at running for public office for many candidates.

“It’s interesting that we have a lot of ‘new blood’ in the races,” he said. “I think 20 candidates, that number is unprecedented in our local party race. I doubt we’ve ever had that many candidates before.”

“When I was offered the job (of party chair) I said, ‘No,’ but later realized there’s nowhere to go but up,” he said. “Things will turn around. It may take a while, but it will happen.

“Still, I don’t begrudge the Republicans,” he said. “They’ve got some good people running on the ticket. My advice is to pick a good one and support them. There’s some that are still Democrats at heart, but just didn’t think they can get elected on the Democratic ticket.

“I respect their opinion,” he said. “Don’t agree with it, though. It doesn’t matter what party you’re with in a local election, because people don’t vote for the party. They vote for the person.”

Locals will have at least two opportunities to meet and greet candidates. The first will be held on Jan. 31 at Oakwood Lodge in Andalusia from 5 p.m. until 8 p.m. with a free bar-be-que dinner sponsored by the local Republican Party. To RSVP, call 334-222-1934.

“If you are going to vote in this election, you need to come out and meet the candidates,” Blocker said.

The second opportunity is a political rally sponsored by the Tri-Cities Chamber of Commerce and the county Republican Party on Feb. 17 in Florala.

Local candidates at a glance

Qualifying for this year’s primaries, set for March 13, ended on Friday. All local candidates qualified for the Republican primary.... read more