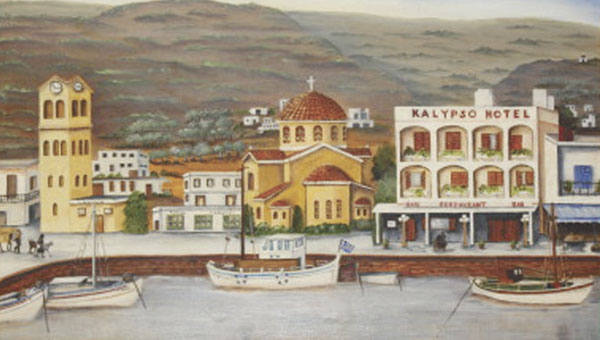 To kick off the new year, Covington County’s Sally Shaner’s landscape-focused artwork will be on display at the Opp Cultural Arts Center.

Shaner is a Pennsylvania native, who also lived on the Greek Island of Crete for two years, and her work may be found in many private collections in the U.S., Greece and London.

“A three-piece work usually displayed in the library will be included in the show,” she said. “With finely detailed elements characteristic of the artist, these paintings depict a tranquil rural landscape which includes animals and familiar scenes from different locations in Covington County. Opp Elementary school children may recognize a scene near their school featured in the painting.”

Virginia Dowling, immediate past president, described Shaner as “a nature enthusiast who has enjoyed raising goats, ducks and guinea fowl.”

“Her love of nature is phenomenal. That’s why she is such a good artist.”

Shaner has lived in the county for years, and has served as president of the Visual Arts League of Andalusia, board member of the Downtown Redevelopment Authority in Opp and chairperson of the 2004 Opp Fest Art and Antique Show.

Shaner’s work is recognized by local arts patrons and the Opp Public Library, where she worked for five years, Linton said.

“Her displays were very creative, sometimes with trees seeming to grow from the back of bulletin boards and colorful kites and a bright sun suspended from the ceiling,” she said.

Clare also described Shaner as a “say and do” person, with dry wit and empathy that is appreciated as much as her art.

Shaner’s work will be displayed through February. The gallery is open Monday through Friday 10 a.m. until 2 p.m.

Police are one step closer to apprehending a second suspect involved in the kidnapping and armed robbery of a Westgate... read more